Most items here were bought for only a pound or two, and they were all found in charity (or thrift) shops or some of our favourite cheap used record stores. 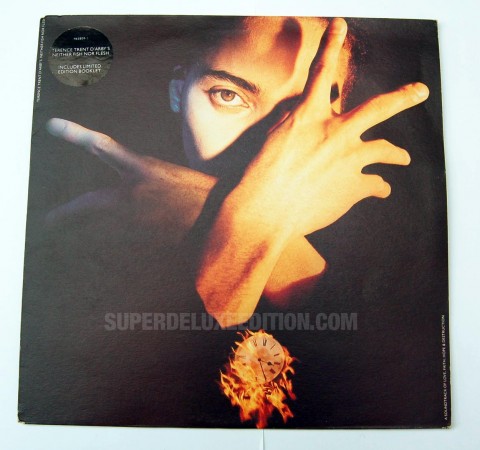 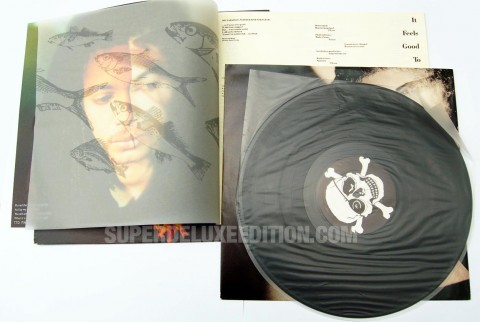 The pick of this month is Terence Trent D’Arby‘s Neither Fish Nor Flesh on vinyl. This fantastic, rather misunderstood record was his follow-up to the from 1989 contains some of his best work, including This Side Of Love, To Know Someone Deeply Is To Know Someone Softly and Roly Poly.

The packaging is tremendous, with a lavish full-size booklet with lyrics, and photos and decent anti-static protection for the vinyl. This was all in near mint condition and despite Terence’s claim in the CD booklet that he intended the album “to be heard as a continual segue of moods and atmospheres” and how “it is unfortunately the cassette and record buyer who are deprived of this intention”, we think we can live with having to flip the LP over. 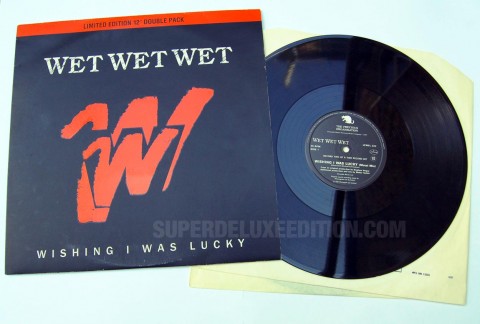 Blank & Jones recently included the ‘long version’ of Wet Wet Wet‘s debut Wishing I Was Lucky on their rather good So Eighties Volume 8 triple CD set, but for our money the ‘Metal Mix’ found on this limited edition double pack is by far the more interesting remix (“additional production and mix by Walter Turbitt”). Just to confuse, the running times for both mixes are 5.40 but the metal mix manages to be very busy and creative without ruining the flow of the song. The standard ‘long version’ is a little more ‘traditional’ but it’s on this set too, just not labelled as such. Side 4 is blank with no grooves on it at all! 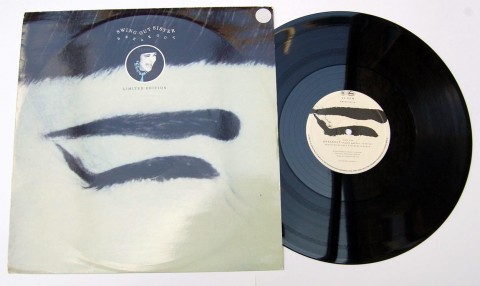 This is the second UK twelve-inch of Swing Out Sister‘s most famous track. It features the New Rockin’ Version, which for the last 25 years has been mislabelled as the N.A.D. Mix on both the original CD and the Japanese reissue from 2010. The 2012 deluxe edition of It’s Better To Travel finally corrected this and included both remixes of Breakout correctly labelled. The cover of this has a nice enlargement of Corinne’s trademark wink and this also includes the ‘Horny Version’ of Breakout, where Guy Barker on his trumpet replaces Corinne’s vocals. This same remix also appeared on the limited edition twelve-inch of the next single Surrender (the one with the brown cover), so someone clearly liked it. It appeared on last year’s reissue too, along with B-side Dirty Money.

Swing Out Sister trivia: The multi-track tapes of Breakout are lost, so it can never be remixed again! 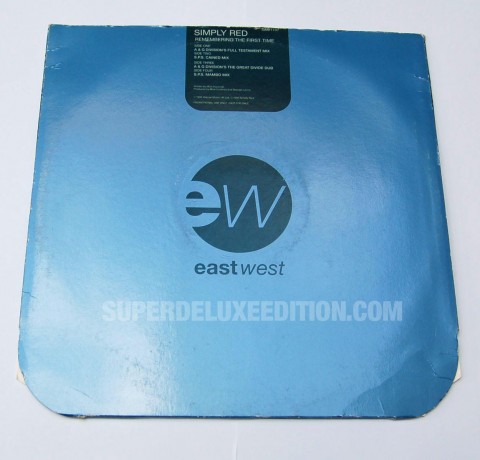 We’re always something of a sucker for those promo-only double-pack 12″ record sets that have something like 25 remixes on them, half of which never made it to commercial release. Inevitably, the remixes are normally quite tedious and don’t get many listens. Included here is the snappily titled “A & G Division’s Full Testament Mix” and the “S.P.S. Mambo Mix”. Simply Red‘s Remembering The First Time was the second single from 1995’s Life Album. The first single Fairground, had been a UK number one. 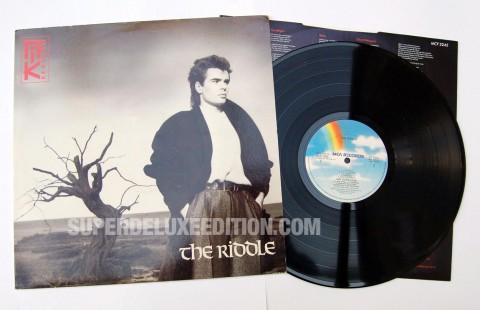 In anticipation of The Riddle deluxe edition, which will be released in 2013, we thought we should pick up this vinyl version of Nik Kershaw‘s sophomore LP. After all, with new remasters, if you want to know how a record is supposed to sound, you really need to reference the original vinyl. Anyway, the man himself told us last year that releasing two albums in 1984 “was an insane thing to do”, but you couldn’t accuse him of not keeping up the momentum. Contains the singles Wide Boy, Don Quixote, The Riddle and the oddly soothing Save The Whale. 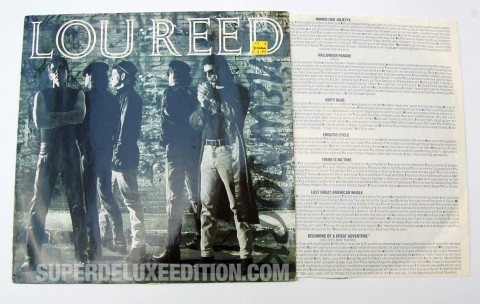 It took a ‘busload of faith’ to get by in 1989, and it still takes a busload of faith to get by today. Never really tire of this wonderful record from Lou Reed, and was happy to pick this up on vinyl, even if at £4.99 was stretching towards the upper limit of our second hand vinyl budget! The line in Last Great American Whale about how ‘you can’t always trust your mother’ is sardonic genius. This is also available on CD as part of the highly recommended Lou Reed Original Album series. 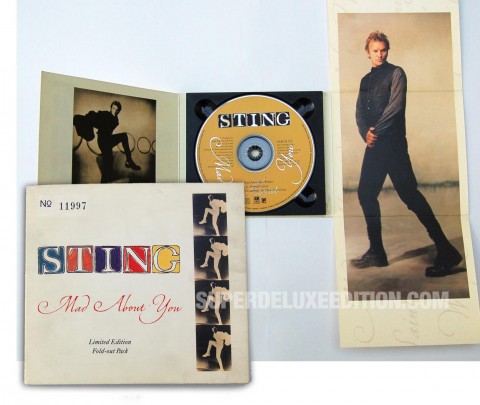 A lavish fold-out CD single from Sting to remind us that record companies had massive budgets for singles, back in the day. This contains the single remix version of Mad About You, which was the second single from Sting’s third album The Soul Cages. The other two tracks are live versions of If You Love Somebody Set Them Free (this track seemed to appear on virtually every CD single in the 1990s) and Tempted (both recorded in Tokyo in 1988). 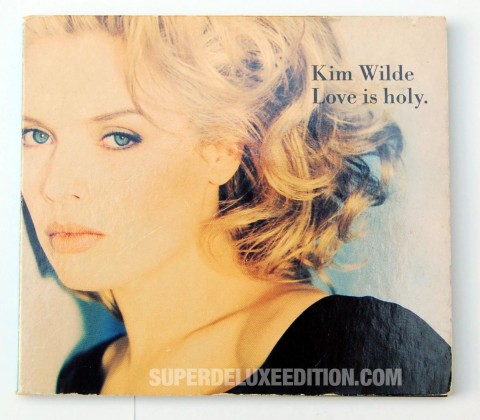 Kim Wilde‘s 1992 CD single, Love Is Holy, was picked up solely because it contains the Shep Pettibone Mix of You Came. That track was from her 1988 album Close of course, and will almost certainly feature on the 2CD 25th Anniversary Deluxe reissue which Kim herself has mentioned is  due out in July 2013. 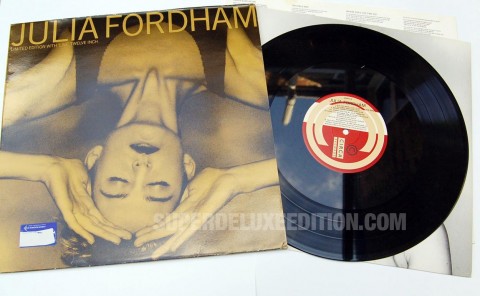 Julia Fordham‘s second and third albums are reissued on 17 June (overseen by the excellent Vinny Vero), but her 1988 debut is being held back for reissue at some point in the future. No doubt the six bonus live tracks from this limited edition 2LP set will end up on a future deluxe edition. The live tracks are The Other Woman, Cocooned, My Mistake, Few Too Many, Invisible War and Behind Closed Doors and were recorded in November 1988 at the Pavilion Theatre in Glasgow. 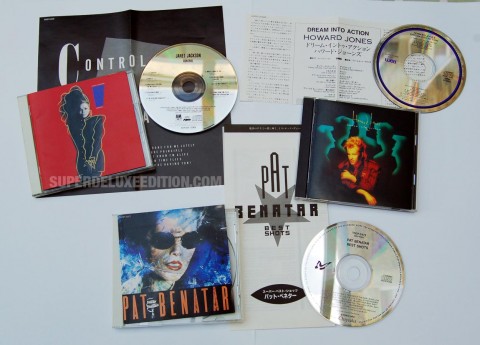 Cheating a bit here, by including three different albums, but they were all found in the same shop. You can imagine someone thinking ‘what’s the point in keeping all these original Japanese CDs from the eighties when I’ve ripped MP3s to my computer?’. Whatever the reason, an individual had offloaded a bunch of these Japanese pressings, which we were very happy to pick up for a few pounds each.

To be honest, it was a little hard to justify buying Howard Jones‘ Dream Into Action from 1985 once more, considering that we already have the original US CD, and the 2010 dtox reissue (in the box set), buy hey, it was only £2.99. There is nothing different about the track listing and it contains the same two bonus tracks (Bounce Right Back and Like To Get To Know You Well) as the other CDs. Janet Jackson‘s Control, amazingly, was not in our collection, so that was a no brainer (no bonus tracks), and Pat Benetar‘s Best Shots, is quite different from the UK/European issue, with a different cover and track selections. Notably, this Japanese version uses the album version of Love Is A Battlefield, rather than the single version included in the UK set. None of the CDs had OBI strips.

14 bonus tracks but no CD or vinyl

The Police / Ghost in the Machine vinyl picture disc