Around The World is a film that follows The Police on their 1980 (and later, 1981) world tour at a time where, in the words of guitarist Andy Summers the group had “just about enough popularity to get booked around the globe”.

Issued in 1982 on VHS (and later on Laserdisc in Japan), the documentary has now been ‘restored and expanded’ and issued on blu-ray and DVD (both for the first time), within specific combo sets (LP+DVD, CD+blu-ray and CD+DVD).

In his excellent notes in the booklet, Summers writes of various challenges, including an almost drug bust, confrontations with the local law enforcement, illness and more, and so depicts a more troubled tour than we actually see in the film. Around The World, for the most part, is a travelogue set to music, embracing some well-worn documentary tropes and indulging in shots of Bullet Trains in Japan, Rickshaws in Hong Kong and a rather unfortunate and ragged-looking snake-in-a-basket in India!

It’s no less fascinating for all that and watching the band play live at arguably their peak (there was some later overdubbing of these performances), in sometimes sweaty and cramped venues, is the core appeal of this film. Today’s World Disco in Hong Kong, is crazy, with fans almost eyeball to eyeball with the three musicians on stage. Not all the audio is live, since the filmmakers couldn’t resist the opportunity to shoot some on-the-hoof promo videos (with the band lip-syncing to the studio tracks) in various locations such as the subway in Hong Kong (‘So Lonely’) and on a cable car in South America (‘When the World Is Running Down, You Make the Best of What’s Still Around’).

Around The World is at its weakest when it indulges in some forced set pieces such as Andy Summers trying his hand at Sumo wrestling (resulting in a bad case of the flu); a topless Sting pulling a Rickshaw up a hill; what can only be described as a comedy ‘skit’ on Camels in Cairo; and a very unfunny Jools Holland (interviewing the band towards the end of proceedings). The moments that stand out are the real ones, such as the Indian ladies and dignitaries in Bombay who seemed thrilled to welcome The Police to the Time and Talents Club for a charity concert (where they played a version of ‘Can’t Stand Losing You’ that Stewart Copeland told SDE was “maybe the best one on record”) and the blonde kid in Australia who, when asked by a local news reporter what he likes most about The Police, earnestly says “their music”. There’s also an amusing encounter in Hong Kong where a tailor doesn’t like the idea of adding zips to the lapels of Andy Summers’ jacket (we see the zip-laden garment later on!).

In Cairo, we get a sniff of Spinal Tap (that mockumentary was three or four years away at the time of filming) as Stewart’s brother Miles, who managed the band, grapples with red tape and the challenge of getting their gear out of customs and ready in time for the concert (“obviously we need the lights!” we hear him say, exasperated) but again, that’s a rare peak into the mechanics and frustrations that go with a world tour. Around The World prefers music, performance, off-stage japes and the texture and colour of capital cities and their residents.

The picture quality is now stunning, although Andy Summers last year told SDE “It’s taken forever got get it sorted, because of issues like restoring 16mm film and getting the extras up to 4K level”. The credits on the blu-ray actually confirm that the negatives were scanned at 2K, which is HD blu-ray quality but not 4K.

In terms of this being ‘expanded’ there are welcome “complete” live performances of ‘Walking On The Moon’, ‘Next To You’ (both from Kyoto) and ‘Message in a Bottle’ and ‘Born in the 50’s’ (both Hong Kong) in the bonus section of the blu-ray/DVD. Also, let’s not forget that depending on which package you buy you get a CD or vinyl LP of live performances (the CD has a few more songs). What’s interesting, is there are numerous tweaks and edits, mostly small and largely inconsequential, although that doesn’t include the omission of a performance of ‘De Do Do Do De Da Da Da’ in France, almost certainly because Sting gets annoyed by what someone in the crowd does (spitting?) and shouts “You fucking bastard! I’m going to get you” during the performance of the song! Trying to ‘get’ one of your fans is not a good look these days, one presumes. Kudos to Thepolicewiki.org for some forensic work on this issue and a full breakdown of the changes!

The Police Around The World is ultimately glossy, but a lot of fun. You don’t learn much about the personalities of the members of the group and all the tension and stress of a global tour is hidden under the surface. 40 years on, the film is now a historical document and that fact that it exists in the first place, and has been restored to modern standards in both video and audio, is excellent. Most of all, it reminds us just how ferociously good Sting, Andy Summers and Stewart Copeland were, together as a band in 1980. You can’t help but agree with Copeland when he told SDE that “We were always a very guerrilla band, so we were psychically equipped to play weird places”. Highly recommended.

The Police Around The World is out now.

Around The World - Blu-ray + CD edition 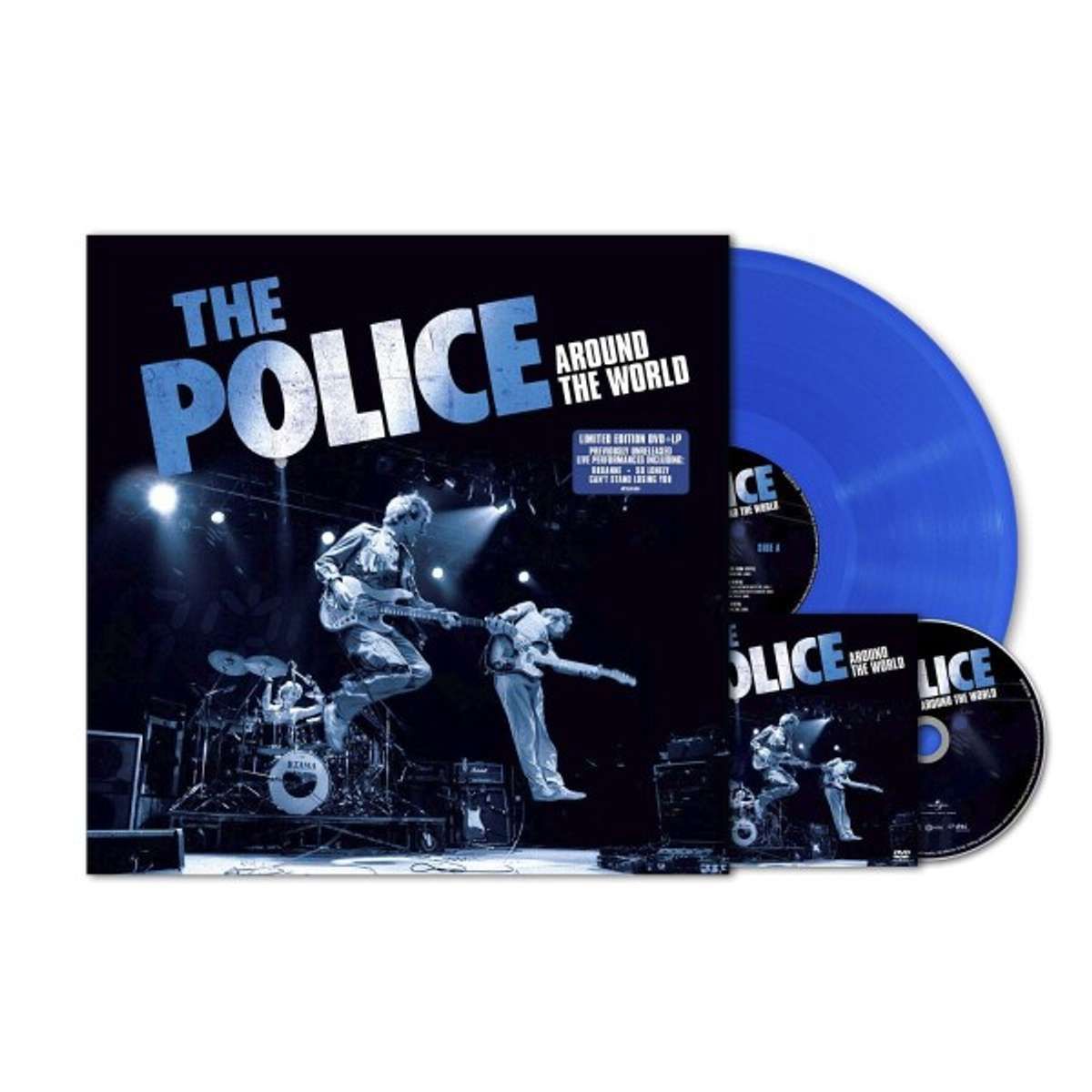 Around The World - DVD + CD edition

Around The World The Police / Blu-ray or DVD

Around The World The Police / CD

Around The World The Police / Vinyl LP