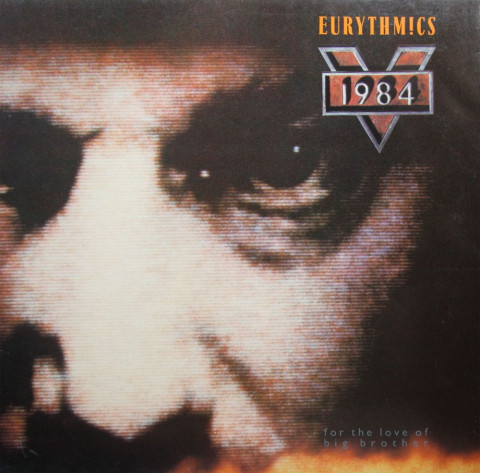 When Eurythmics released 1984 (For The Love Of Big Brother) – their 1984 ‘soundtrack’ to Michael Radford’s film Nineteen Eighty-Four – the album actually consisted of “music derived from the Eurythmics original score” rather than the score itself, which has never been made commercially available. The score has effectively been unheard without that pesky film dialogue and sound effects… until now!

There are actually three variations of the Nineteen Eighty Four film, one which uses Eurythmics’ score, one which uses an orchestral score (Radford’s preferred version) and one that mixes the two. Luckily for us, Twilight Time in the USA issued a new blu-ray late last year with a ‘bonus feature’ that is a real treat for Eurythmics fans – and that is an option to watch the movie with an ‘isolated score’.

Even better news, is that someone has ripped the isolated score and uploaded it to YouTube, so for the first time fans can hear properly the hypnotic music cues that formed the basis for tracks like The Ministry Of Love, Julia and I Did It Just The Same. Enjoy!

You can order the blu-ray below, and it’s region free.

On YouTube this is the ‘track listing’ to the score