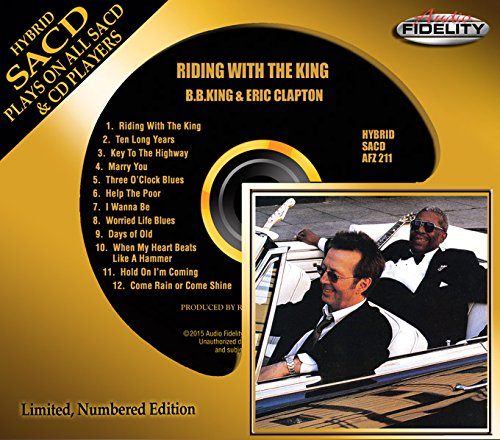 Audio Fidelity will reissue B.B. King and Eric Clapton‘s Riding With The King on hybrid SACD at the end of this month.

The Grammy winning long player was originally released in 2000 and was the first full album collaboration from the famous guitarists.

This doesn’t appear to include the 5.1 mix that was previously issued on a DVD-A, which is curious, but Steve Hoffman has handled the stereo remastering using original analog session mixes, bypassing the digital cutting master from which all other released versions have been created.

Universal/Polydor’s Eric Clapton Give Me Strength: The ’74/’75 Recordings is released today. This is…