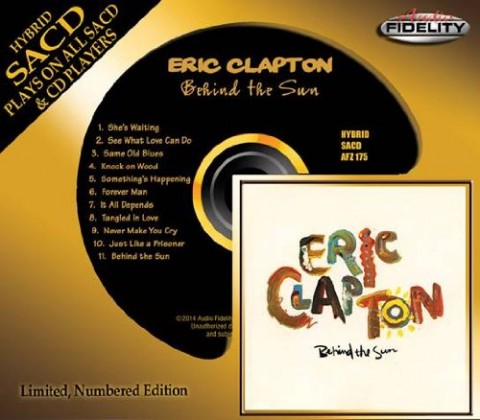 Eric Clapton‘s ninth studio album, 1985’s Behind the Sun, will be reissued next month as a hybrid stereo SACD.

The album featured many ‘name’ session players – including Phil Collins, Donald ‘Duck’ Dunn, Jeff Porcaro and Greg Phillinganes– and contains the singles Forever Man and See What Love Can Do. Clapton would later follow up Behind The Sun with August (1986) which reaped major commercial success from a similar approach and also featured Phil Collins co-producing.

This SACD is a numbered edition and features a new remaster courtesy of renowned audio engineer Steve Hoffman.

Universal/Polydor’s Eric Clapton Give Me Strength: The ’74/’75 Recordings is released today. This is…