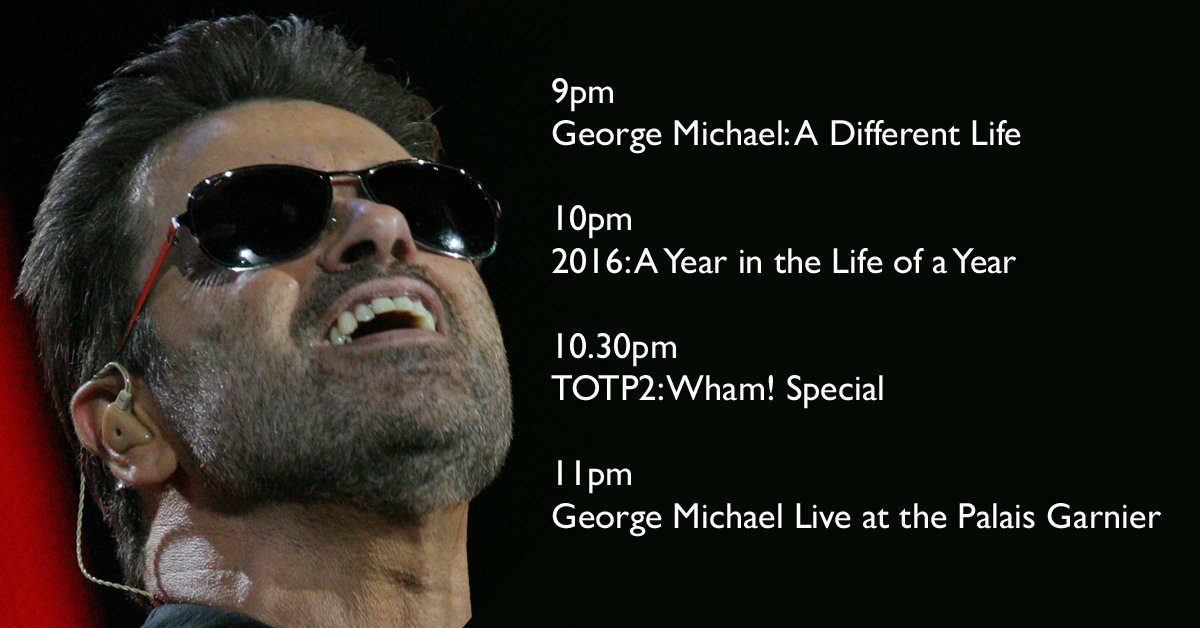 Update: Apologies, but BBC Four have now pulled “George Michael: A Different Life” with no explanation, other than they “hope to show Different Life at a later date”.

BBC Four in the UK have updated tonight’s schedule to remember George Michael who died on Christmas Day.

The Friday night slot is traditionally devoted to music, and tonight will start at 9pm with a one-hour documentary George Michael: A Different Life. After that comes a broader look at the past twelve months with 2016: A Year in the Life of a Year and then it’s back to George at 10.30pm with a TOTP2 Wham! Special. At 11pm George Michael Live at the Palais Garnier is repeated (this was shown on BBC 1 a few days ago).

All times are GMT and obviously you’ll need to be able to receive BBC Four to watch them, although they should be on the BBC iPlayer afterwards.