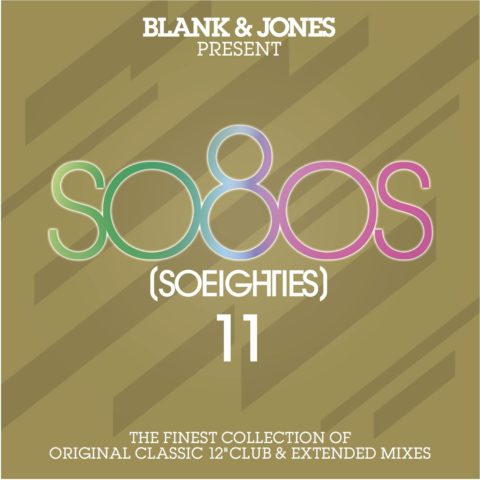 Get the 1980s remix set early from the SDE shop!

Eighteen months after the last in the series was issued, electronic duo Blank & Jones have announced so80s 11, a double-disc collection of newly remastered rare and forgotten extended mixes from the 1980s.

Highlights of this 22-track set include the extended version of Tina Turner‘s We Don’t Need Another Hero (Thunderdome) [missing from the deluxe edition of Private Dance], the extended mix of Climie Fisher‘s Rise To The Occasion (remarkably, the first time this mix of the Stephen Hague produced song has been issued on CD) and State Of Shock (Dance Mix) which features a certain Michael Jackson and Mick Jagger sharing vocal duties.

so80s 11 comes packaged in a jewel case and includes a 36-page booklet which features notes about the selections (in English and German) as well as full page cover images for each of the singles included. 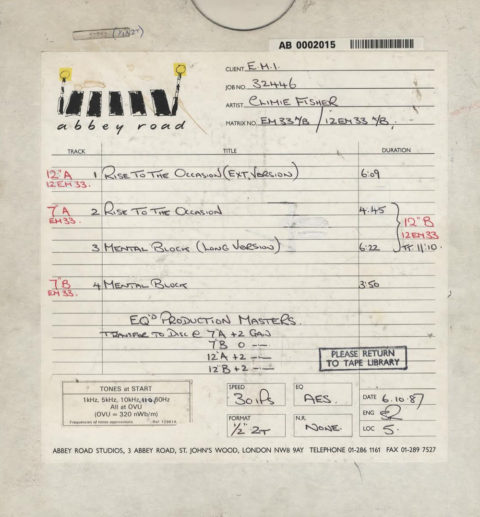 The ‘Rise To The Occasion (Extended Remix)’ master tape used for so80s 11.

Blank and Jones (based in Cologne) write eloquently in the booklet of this new release about the challenges of licensing what can be quite obscure remixes from major labels. ‘Clearing’ (the term for getting legal approval to licensing the audio) these 22 tracks took six months and remixes of certain songs have, regrettably, to be crossed off the wish-list for a variety of reasons, such as the label not being able to find the tapes (there are no vinyl rips on this collection), or the record company simply lacking the digital ‘paperwork’ to show that it’s theirs to licence (i.e. music industry version of ‘computer says no’).

SDE is always pleased to try support the efforts of those who show commitment to physical product and Blank & Jones and this new collection is a case in point. While these third party releases can never hope to match the budget price of the in-house sets that we see released with such regularity (the majors normally have no licensing costs, benefit greatly from economies of scale and will likely source audio from ‘wherever’) you know that there is real passion behind these smaller projects and a true love for the era and indeed the ‘1980s remix’ itself, which you could argue is something of a lost art, being replaced in the 1990s and beyond by the ‘named’ remixer phenomenon (Trouser Enthusiasts, anyone?).

With that in mind, SDE is pleased to be able to offer so80s 11 via our online shop, ShopSuperDeluxe.com. We are taking pre-orders right now and will ship worldwide from 18 December 2017. All orders via SDE come with a free ‘so80s’ sticker and if you’re in the UK then orders will almost certainly arrive before Christmas (the official release date in Germany is 5 January 2018).