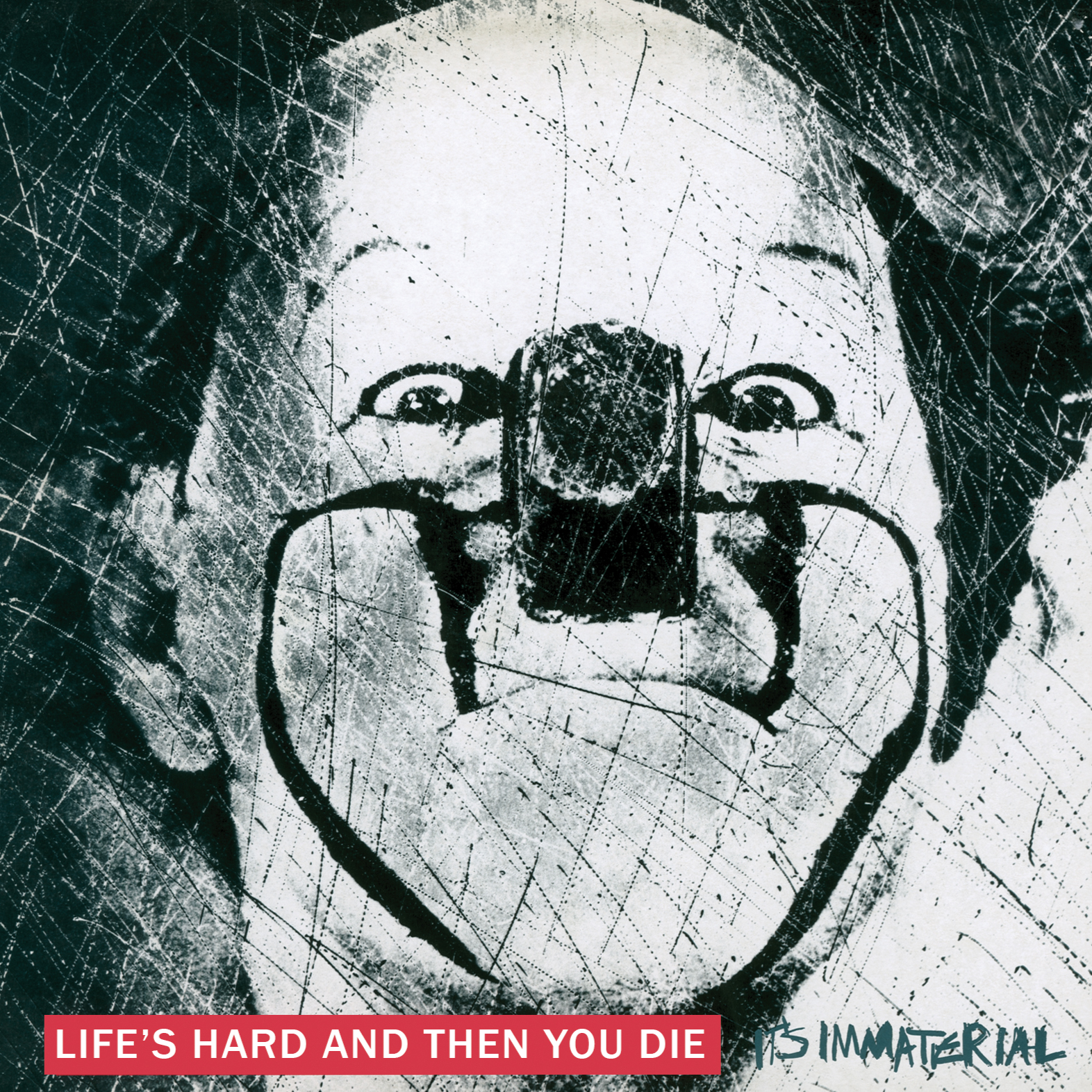 Caroline International will issue an SDE-curated 2CD deluxe edition of It’s Immaterial‘s 1986 debut album Life’s Hard And Then You Die, this summer.

It’s Immaterial were a Liverpool-based indie-pop band, active during the whole of the 1980s and the beginning of the 1990s. They were championed by John Peel in the early years and issued a number of singles and EPs between 1981 and 1984 on independent labels, before being signed to Virgin Records’ imprint Siren, in 1985.

Originally a larger outfit, by 1984 the band were reduced to a duo of John Campbell (vocals, guitar) and multi-instrumentalist Jarvis Whitehead. In the studio, this offered the flexibility to bring in contributors as needed, which largely came from a pool of friends and musicians in and around the Liverpool area (including Henry Priestman and The Christians).

Life’s Hard and Then You Die was recorded in 1985/6 and was produced by Dave Bascombe who had previously engineered the Tears For Fears’ album Songs From The Big Chair.

The album is an attractive hybrid of new wave, country, blues, folk and pop and underpinned by Campbell’s narrative style, showcased famously on the single Driving Away From Home (Jim’s Tune) which was a top 20 hit in 1986 and was a staple of daytime radio at the time of release. Three further singles, including Ed’s Funky Diner were issued.

The new 30th anniversary deluxe reissue has been put together by SDE’s own Paul Sinclair and created with the full cooperation of John Campbell and Jarvis Whitehead. Audio has been newly remastered from the original tapes and this will feature B-sides, remixes and radio sessions amongst the bonus tracks. Stay tuned!

If you are interested in this reissue and would like to keep up-to-date with the latest news (track listings, limited merchandise, signed items, special events), then please enter your email address below to get on the It’s Immaterial mailing list (you’ll get a confirmation email, so please check your spam/junk mail folders).