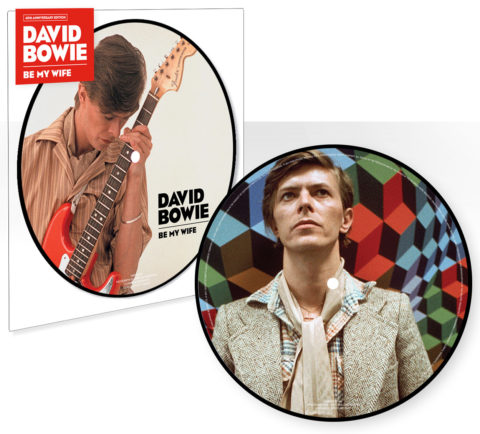 Parlophone continue their David Bowie 40th anniversary seven-inch picture discs, and will next month issue Be My Wife.

The song was the second single from 1977’s Low and was issued in June of that year. Unlike Sound and Vision, Be My Wife wasn’t a hit. In fact, it failed to chart in the UK.

The 2017 remaster of Be My Wife is backed with a previously unreleased live version of Art Decade, recorded in Perth, Australia in 1978 during the Isolar II tour.

This Be My Wife seven-inch picture disc will be issued on 16 June 2017.