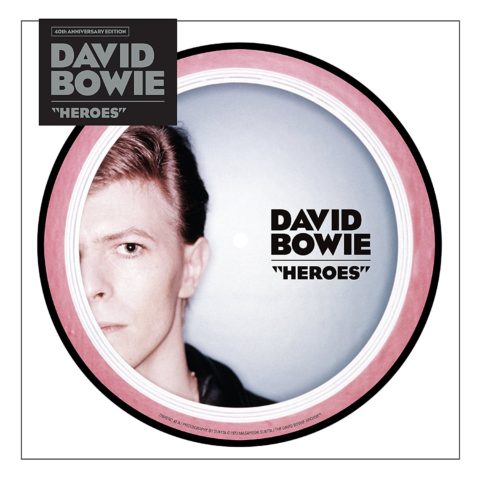 Parlophone continue their David Bowie 40th anniversary seven-inch picture discs, with this rather striking new edition of the “Heroes” single, scheduled for release in September.

The single followed up Be My Wife and was originally released in the UK on 23rd September 1977 and was the first single to be taken from the album of the same name, the second of the so-called ‘Berlin Trilogy’ of albums.

“Heroes” was recorded in English, French and German and indeed these variants are celebrated on a special EP in the forthcoming A New Career In A New Town box set.

The A-side of this limited edition picture disc features the 2017 remaster of the single version of “Heroes” whilst the B-side (actually a double A-side) contains a previously unreleased live version of the track from Marc Bolan’s Marc TV show, which happened to be the first public performance of the song. The track was recorded on the 7th of September 1977 but wasn’t broadcast until later that month, by which time Bolan had died in a tragic car accident. 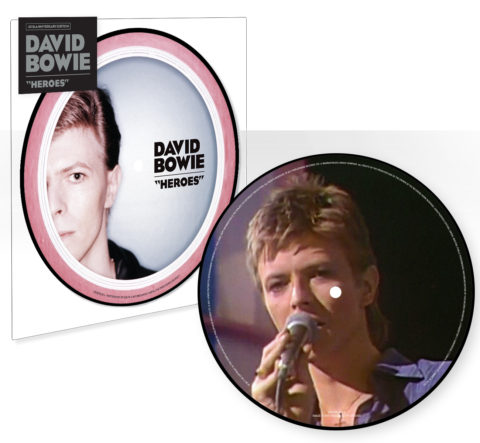 The images used on the A-side is taken by Sukita in Japan 1977, and the AA side picture you might recognise from the performance during the recording of the ‘Marc’ show 07/09/77.