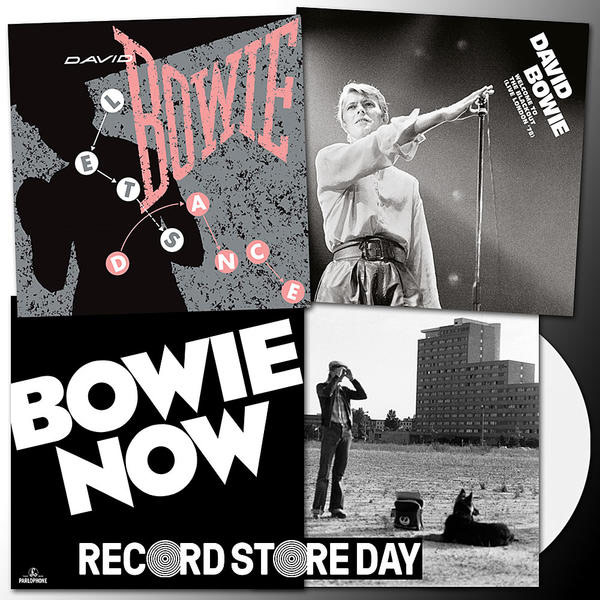 Parlophone will issue three limited edition David Bowie releases for this year’s Record Store Day, which is on 21st April.

The first is fairly predictable, a physical release of the Let’s Dance demo that was made available digitally back in January to mark what would have been David’s 71st birthday. This is a 45RPM black 12-inch vinyl single and it features the full length version of the demo. Although it wasn’t stated explicitly at the time, the digital version was just an edit – the RSD version clocks in at 7.34 and like the edited version this was mixed by Nile Rodgers (original co-producer of the demo with David) in December of last year. The B-side is the live version of Let’s Dance from the Serious Moonlight concert film which was previously issued on the AA side of the now very rare Australian David Bowie Is exhibition yellow vinyl seven-inch single. The sleeve of this 12-inch is a variant of the original Let’s Dance single cover. 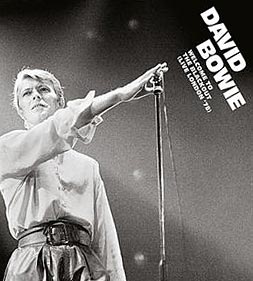 The second item is more substantial. It’s a 3LP vinyl previously unreleased live album Welcome To The Blackout (Live London ’78). This was recorded live during the ISOLAR II tour at Earls Court, London on the 30th June and 1st July 1978 by Tony Visconti and was mixed by David and David Richards just over six months later at Mountain Studios in Montreux. The trifold sleeve features imagery by photographers Sukita and Chris Walter.

Finally, Bowie Now is a reproduction of a rare 1977 US promo-only LP pressed on white vinyl. Unlike the two items above, it doesn’t offer any previously unreleased audio, but is an interesting curiosity, delivering a selection of tracks from the then current “Heroes” and Low albums. As you’d expect these use the recent remasters by Tony Visconti. The cover is the same as the original, but this new edition now features a newly designed inner sleeve with a rarely seen (and very cool) black and white image of David in Berlin in 1977.

These all sound rather good… now the only problem is getting hold of them. RSD is on 21 April 2018. Good luck!

Recorded at The Château d’Hérouville and Hansa by the Wall, Berlin between September and October 1976.