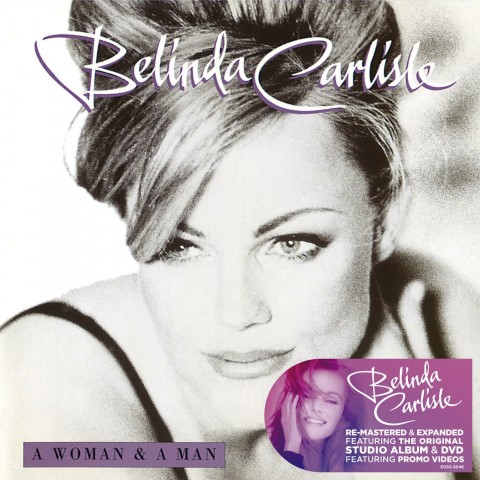 Oops. Belinda Carlisle fans took to the singer’s facebook page yesterday to point out that there is an error with the new reissue of her 1996 album A Woman & A Man.

I Won’t Say (I’m In Love) – Belinda’s version of the love theme from the 1997 Disney film Hercules – is included as a bonus track on disc two, but when you get to the song it isn’t Belinda’s version at all but instead the Disney Cast version!

In addition, a couple of single edits down for inclusion on disc one (In Too Deep and Always Breaking My Heart) have gone AWOL.

Edsel have been quick to apologise and describe themselves as “both mortally embarrassed and clearly a bit stupid for releasing a record with a recording on it that isn’t even by the artist we all represent.”

They go on to promise to “make it right” adding “we are not quite sure how yet but we will”. Apparently Universal gave them the wrong track as a digital file (with the right title of course) and somehow it wasn’t caught in the quality control process.

If you have this disc then stay tuned to Belinda’s Facebook page for further updates. Replacement discs seem highly likely at some point.

The correct version of this track was previously included as part of the Belinda Carlisle Anthology set, which now appears to be out of print.

The signed Belinda Carlisle Runaway Horses box sets have now sold out, but if…

The Belinda Carlisle compilation The Collection comes to translucent PINK vinyl next month.