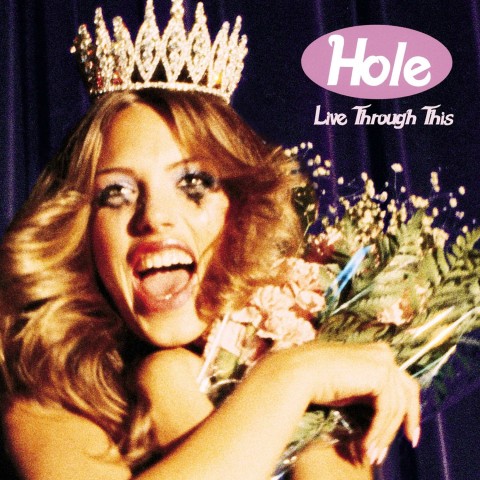 Live Through This was the US alternative rock band’s second album and was issued shortly after Courtney Love’s husband, Kurt Cobain, committed suicide. It was a grim time, since a few months later Hole’s bass player, Kristen Pfaff, also died a drugs-related death.

Despite all this, the album, which was much more radio-friendly than previous work, was very well received at the time and indeed two singles, Doll Parts and Violet, were top 20 hits in the UK.

Live Through This has never been issued on vinyl in the US or the UK, but did get released in Germany (including a very limited white vinyl pressing) at the time.

Live Through This [VINYL]

B1 Credit In The Straight World
B2 Softer, Softest
B3 She Walks On Me
B4 I Think That I Would Die
B5 Gutless
B6 Rock Star