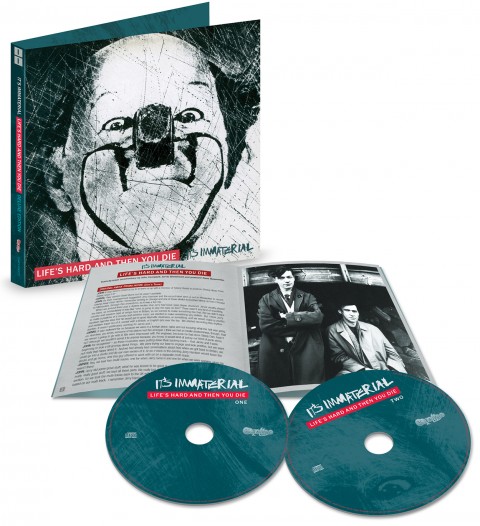 As you will see below, the first disc contains the remastered 10-track album plus a whopping nine bonus tracks including B-sides and single versions. There are some fantastic tracks amongst these, including the seven-inch, shorter version of Washing The Air (which surely should have been on the album) and Only The Lonely. Those tracks were the B-side to the original Ed’s Funky Diner and then the reissued Ed’s, respectively.

The second CD includes the band’s (previously unreleased) last Peel Session (where they played four tracks from the album), all the remixes and mops up a few further extra tracks, ending with the 4-track demo of Driving Away From Home. In fact there are five versions of Driving, on this deluxe set, along with three versions of Ed’s Funky Diner. If you’re already a fan, you’ll know he 12-inch versions are epic, and in some cases, very different from the seven-inch/album cuts.

In total, 12 tracks have never been issued on CD, but none of them have ever sounded this good. This new edition of Life’s Hard And Then You Die comes packaged as a gatefold card wallet and features a 16-page booklet with a track-by-track commentary by the band.

This is due for release on 1 July 2016. If you are interested in It’s Immaterial and/or this reissue, make sure you’ve added your name to the mailing list (see below) because there is more to tell you in the next few weeks (I’m considering organising an event in London, for example).

Suffice To Say: The Complete Yachts Collection is a new three-CD box set featuring the…

A Nation of Shopkeepers… Two important things have happened this week. The first is…