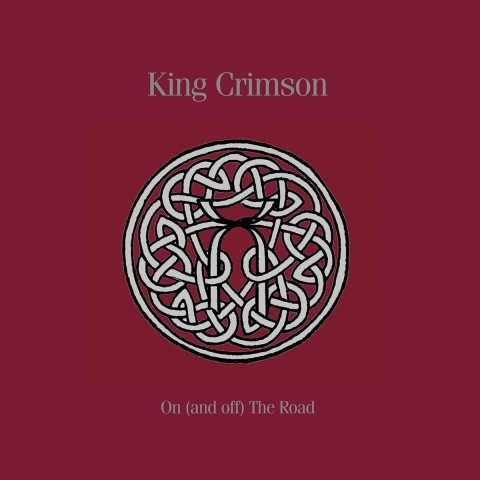 A forensic examination of King Crimson in the 1980s…

King Crimson release On (and off) The Road next month, a new 19-disc box set that presents a complete overview of the 1980s incarnation of the band.

This collection is a mix of live and studio material. It includes stereo and 5.1 surround sound editions of the three albums issued in the eighties – Discipline (1981), Beat (1982) and The Three Of A Perfect Pair (1984). On (and off) The Road also includes the final concert from each of King Crimson’s tours of this era: Japan 1981 (new to CD), Germany 1982 (new mixes for this edition), Canada 1984 (issued as Absent Lovers in ’98 but remastered for this edition).

In addition this set includes additional studio recordings, include sessions for the abandoned third album and a ‘making of’ CD which features studio snippets and outtakes from across the studio recordings.

The surround sound and hi-res studio (new and original mixes) material is found on three DVD-As (region free, NTSC) and is repeated across a trio of blu-ray audio discs. Thanks to their generous capacity, the blu-rays add extensive additional video material, including Frejus live (Discipline), Alabama-Halle (Beat) (footage unseen since original 1982 broadcast), Japan 1984 (Three of a Perfect Pair) and additional hi-res audio options.

But there’s more… The Three Of A Perfect Pair blu-ray also features previously unseen footage from the final run of 1984 Japanese concerts plus two sets of ‘single camera footage’ recordings with shots focusing on each of the individual musicians. The same disc also includes the Absent Lovers concert in a new Surround Sound mix.

These 17 discs are presented in a 12-inch box with booklet, memorabilia, extensive sleeve notes and “eyewitness accounts of KC live”. This will be released on 21 October 2016.

Note: there has been some confusion about the number of discs (15, 17 etc.) and Amazon have it totally wrong at the moment. SDE have got all the details from the horses mouth, so to speak and it is accurate. Check out “track listings” below for full details including some additional items not mentioned above.

As well as the pre-order links above, this is available with three art prints from Burning Shed, the official store for KC label Panegyric.

All discs are CDs unless stated otherwise.

Taken from an audience cassette recording at Kokusai Hall, Tokyo on December 18th, the final concert in 1981. Audio restored & newly mastered at DGM by David Singleton and Alex R Mundy 2016. (1)

Recorded September 29 in Munich, the final concert in 1982. Remastered and recompiled 2016 by David Singleton and Alex R Mundy with six tracks from new audio sources. (2)

Disc 6: Three of a Perfect Pair

Live at The Spectrum, Montreal, July 11th, the final concert of 1984. Mixed by David Singleton & Robert Fripp from the original multi-track tapes for the DGM release “Absent Lovers” (1998). As newly recompiled in high-resolution for inclusion on Disc 15

Disc 9: Are You Recording Gary?

An insight into the inner working of the band, and the familiar heard in an unfamiliar way. Edited & assembled by David Singleton from original album session tapes, with additional downmixes by Alex R. Mundy

A newly discovered unreleased live album. Mixed by Brad Davis & Robert Fripp in 1983. Taken from the concert in The Arena, Frejus, August 27th 1982. Plus four bonus tracks from the remainder of the concert

Bonus Disc 18: DVD More Neal and Jack and Me

Video content: The Noise – Live in Frejus as previously released on the DGM DVD Neal and Jack and Me (2002). Plus Three of a Perfect Pair – Live in Japan – re-assembled from newly discovered master reels with previously unseen footage. Both in their original 4:3 standard definition format.

Bonus Disc 19: DVD The Town and the City

Alabamahalle TV broadcast in its original

2) Released in an earlier format in King Crimson Collectors’ Club.