As Nick Mason prepares to take his new band (Nick Mason’s Saucerful Of Secrets) on the road, a new pithily titled box set, Unattended Luggage,  brings together his three solo albums, which were all originally issued in the 1980s.

Available as a three-CD or 3LP vinyl package, Unattended Luggage contains the albums Nick Mason’s Fictitious Sports (1981), Profiles (1985) and White of the Eye (1987).

Nick’s solo debut solo album saw him collaborate with a musicians such as Robert Wyatt and Carla Bley, while the largely instrumental Profiles was actually a collaboration with 10cc guitarist Rick Fenn (issued as Mason + Fenn). A couple of tracks on the record do include vocals, such as Lie for a Lie (Maggie Reilly and David Gilmour) and Israel (Danny Peyronel). Finally, White of the Eye was a soundtrack for the British film of the same name, which was directed by Donald Cammell (who was best known for directing Performance with Nicholas Roeg). Again, Mason worked with Rick Fenn on this album, which has never been issued on CD. 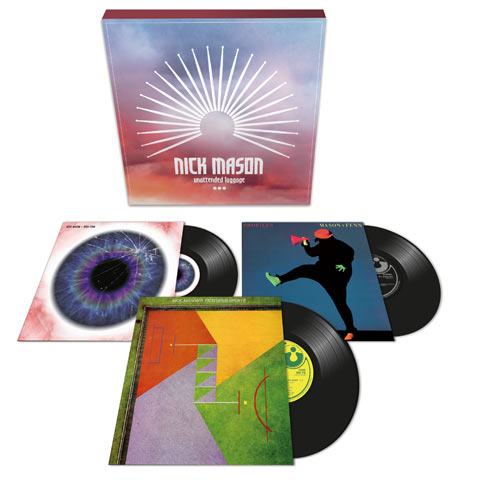 Nick Mason says, “These recordings hold a very special place for me in my musical life. Listening back after 30 odd years, I’m delighted they are getting the reissue treatment. I’m rather hoping that sales will be sufficient to damage the market in the original rare vinyl versions!”

Unattended Luggage will be released on 31 August 2018 via Warner Music. Nick Mason’s Saucerful Of Secrets will be touring throughout Europe in September. 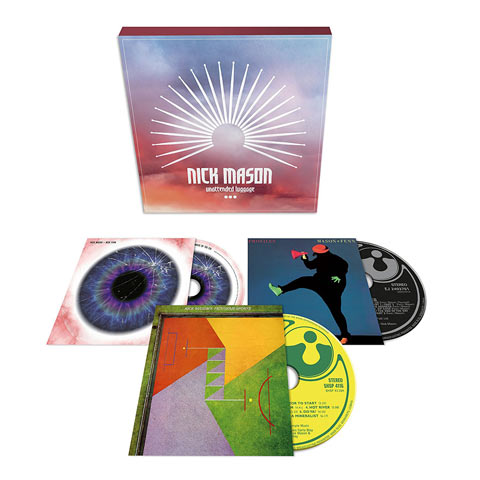 White of the Eye