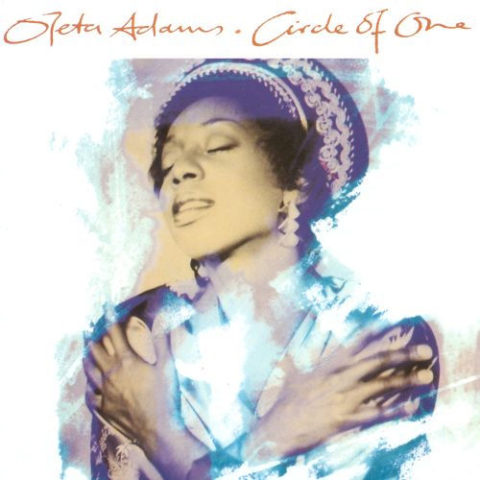 Caroline International will reissue Oleta Adams’ 1990 album Circle Of One, in April, as a two-CD deluxe edition.

Adams came in the public eye when she sang and played piano on Tears For Fears‘ 1989 album The Seeds Of Love and, in particular, that album’s second single Woman In Chains. This led not only to Oleta touring with Tears For Fears in 1990, but also to her signing a recording contract with Fontana.

The Circle of One album was co-produced by Roland Orzabal with Dave Bascombe stepping in to finish things off as the Tears For Fears singer-songwriter had to focus on the preparation for The Seeds of Love tour.

In fact, the album features Oleta’s version of song originally written by Roland and Nicky Holland for Tears For Fears; a song called Rhythm of Life. Worked on during the Seeds of Love sessions, the band were never satisfied with their own attempts to do justice to the composition, and despite many attempts, a master version was never recorded.

Oleta’s rendition (as remixed by William Orbit) was issued as a single, along with the title track, but it wasn’t until Oleta’s cover of Brenda Russell’s Get Here was issued as a 45 in early 1991 (around eight months after the album was first released) that Oleta had a big hit single, with the song going top ten on both sides of the Atlantic and propelling the album to the number one spot in the UK charts.

This new deluxe edition is remastered by Andy Pearce and Matt Wortham and gathers up all the B-sides and extra tracks from the various singles and adds a CD of remixes of Rhythm of Life and Circle of One – both of which got different treatments to appeal to various territories and markets.

In the tradition of the last few Tears For Fears reissues, I’m proud to say that SDE has had some involvement with this set. I interviewed Oleta, Roland Orzabal, Dave Bascombe and Nicky Holland last year resulting in an ‘in their own words’ track-by-track guide in the booklet that is included with this double-disc set.

This Circle Of One deluxe edition will be released on 4 May 2018.

One of the best things about music is its ability to surprise. Despite being…