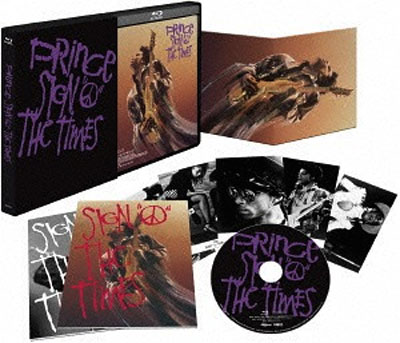 Out yesterday in Japan, is this “HD Remastered” special edition blu-ray of Prince’s Sign O’ The Times 1987 concert film.

This is a Region A release (Americas, East Asia) and can be purchased as a standard blu-ray or as this deluxe version which comes with a booklet, postcards and an outer slipcase (optimistically referred to as a ‘box’).

This comes with a 5.1 DTS HD audio mix as well as stereo LPCM. Whether it’s any better in terms of sound/image than the Australian Region B blu-ray is not really known, but the packaging and design of this new Japanese issue is certainly much better, and more in keeping with the original artwork.

Sign O’ The Times HD Remastered Edition blu-ray is out now in Japan.