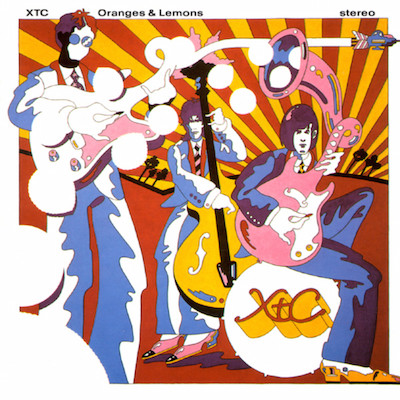 XTC‘s 1989 album Oranges And Lemons will be reissued in October as a CD+Blu-ray deluxe edition, jam-packed with bonus content which includes a 5.1 surround sound mix by Steven Wilson.

This package is the third in a series of expanded XTC album reissues following Nonsuch in 2013 and Drums and Wires last year. The CD contains a brand new Steven Wilson stereo mix while blu-ray (no region restrictions, NTSC) offers a hi-res (24bit/96kHz) flat-transfer of the original mix of the album as well as the following content:

The new Oranges and Lemons CD+Blu-ray comes in special packaging with expanded booklet and sleeve-notes by Andy Partridge, Colin Moulding & Dave Gregory. Full track listings TBA. Note that the CD+DVD-A variant has been ‘retired’ for this release, probably to keep production costs down and because the more generously spec’d CD+Blu-ray edition got the lion’s share of the sales.

This is due out on 16 October 2015 and can be pre-ordered from the APE store at Burning Shed, or indeed via Steven Wilson‘s website (along with the usual channels, soon).