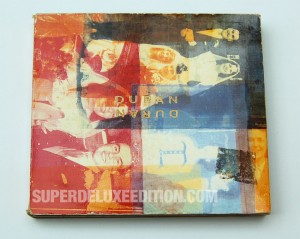 In 1993 with Ordinary World and ‘The Wedding Album‘ Duran Duran were the goose that, to everyone’s surprise, suddenly laid a golden egg. EMI failed to reap the full benefits from this unexpected bounty by giving up on the album when the poorly chosen third single (Too Much Information) flopped. Could’ve-been-hits such as UMF, None Of The Above, and the sumptuous Milton Nascimento collaboration Breath After Breath frustratingly went untested on the UK singles chart. The band had already started thinking about their covers album (the ill-fated Thank You) and it would be eleven years before they would have another UK top ten hit.

This special edition was a rather half-hearted effort to celebrate the success of The Wedding Album – it added a bonus disc which included the three ‘B-sides’ which had gone unreleased in the UK (Falling/Fallen Angel, Stop Dead and Time For Temptation) and three mixes of the UK singles (all previously released on various CD singles). 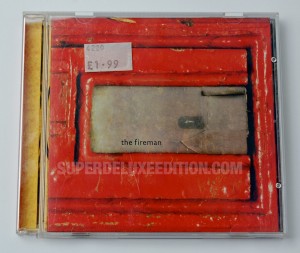 The Fireman is pseudonym for Paul McCartney and producer Youth. Unlike 2008’s Electric Arguments where there was much publicity about Paul’s involvement (even going so far as issuing a CD slipcase declaring “Paul McCartney is The Fireman”), this was properly kept quiet for 1998’s Rushes, and 1993’s Strawberries Oceans Ships Forest.

Rushes was the first McCartney release after Linda’s death, and there is a definite sadness evident in the beautiful ambient instrumentals like Palo Verde and Fluid. By far the best of the three Fireman albums, this is music to listen to when lying on the grass on a summer’s night as you look up at the stars. 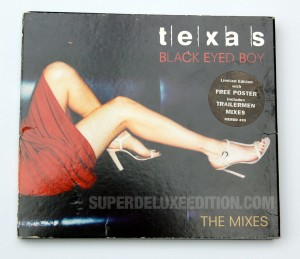 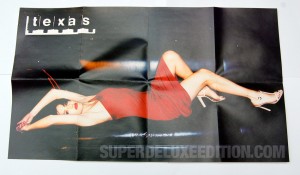 Black Eyed Boy was the third single from Scottish band Texas‘ career saving White On Blonde album. Issued in July 1997 this CD single was the second of the then obligatory two-part release, and subtitled The Mixes. The sticker on the front boasts ‘Includes Trailermen Mixes’ – although of the six versions of the track on this disc, the Trailermen mixes are the most tedious. The included ‘Summer Mix’ is the radio version, but the album version is here as well. A poster with a very sultry looking Sharleen Spiteri (taken by Ellen von Unwerth) completes this nice collectible. 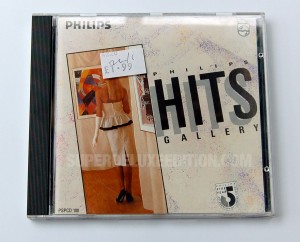 Ah, the good old corporate tie-in CD. This Philips branded collection of 12 pop songs from the eighties, is purportedly a celebration of five years of the compact disc. In the booklet is a page titled ‘Milestones in the History of Philips Compact Disc’, which includes bullet points like ‘May 1986: Introduction of CD450 – World’s first player using 16 bit, 4 times oversampling techniques’. Since this was put together by ‘Polygram Special Products’, the artists are all from that stable, including Tears For Fears, Swing Out Sister, Curiosity Killed The Cat etc. 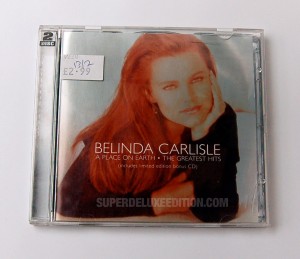 Before Edsel recently reissued most of Belinda Carlisle‘s solo albums, this special edition of Virgin’s 1999 greatest hits was one of the best places to find some of the single remixes. The bonus CD includes Heaven Is A Place On Earth (Heavenly Mix), I Get Weak (12″ Version), Circle In The Sand (Beach Party Mix) and seven other remixes. 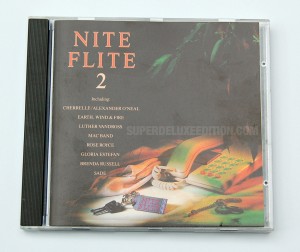 When CBS records released the first Nite Flite pop/soul compilation in July 1988 it stayed at number one for four weeks and sold 1.2 million copies. These were the days when a CD cost £14! No surprise then that a follow-up emerged in 1989. Nite Flite 2 is a 16-track compilation that includes Alexander O’Neal twice (Never Knew Love Like This and on the Cherrelle Duet Saturday Love), Joyce Sim‘s sublime Come Into My Life, Luther Vandross‘ Stop To Love and Marvin Gaye‘s Sexual Healing. Literally, millions of pounds to be made from a compilation that must have taken less than an hour to knock together and just required some TV advertising.

Nite Flite Fact! Sade’s Why Can’t We Live Together is a unique 3.45 edit. 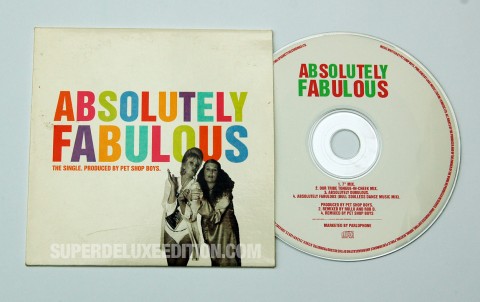 This 1994 single didn’t really have a band credit, but as is patently obvious when you take a listen, it’s the work of Pet Shop Boys Neil Tennant and Chris Lowe. Absolutely Fabulous does, of course, tie in with the BBC TV show of the same name and there’s not really much of a song here, just Joanna Lumley and Jennifer Sauders dialogue to a disco beat. The Pet Shops Boys quality threshold has remained remarkably high over the last 28 years, but this is one occasion where their better judgement deserted them. 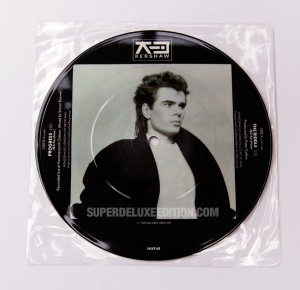 The seven-inch picture disc of Nik Kershaw‘s 1984 single The Riddle, from the album of the same name (recently reissued). This features the B-side that Nik doesn’t like anymore (Progress) so he left it off the recent deluxe edition. 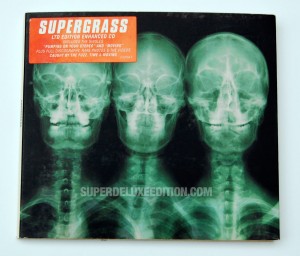 Supergrass never really bettered their Britpop-era classic I Should Coco, but their third self-titled album was a solid effort. This ‘Ltd Edition Enhanced CD’ is rather lame to be honest, offering some videos, full discography and ‘rare photos’ on the dreaded ‘enhanced’ section of the disc. In other words, you have to shove it in your computer and watch content the size of a postage stamp.

Not really a fan of this particular Morrissey compilation, but couldn’t resist buying this mint/unplayed double-vinyl version of it found in Oxfam. £10 is a lot for a charity purchase, but the 180g pressing, gatefold sleeve and decent anti-static sleeves added to the appeal. This was part of the EMI 100 centenary celebrations.