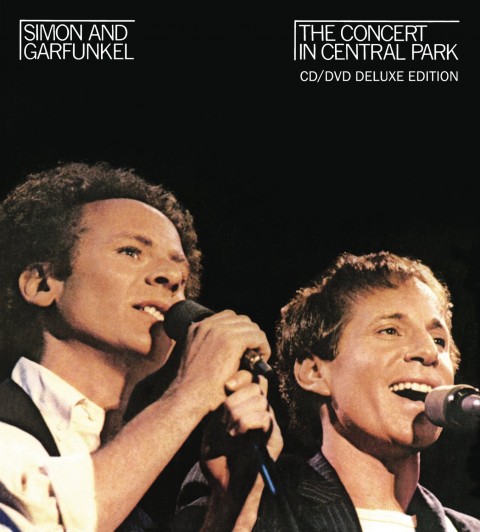 Simon and Garfunkel‘s 1981 Concert in Central Park was reissued as a CD+DVD combo pack last August, in North America only, but one year on and this package is getting an official release in Europe.

The concert drew more than half a million fans to New York’s Central Park and was originally released as a double album for Warner Bros. in February 1982. The recording has been remastered from the original analogue tapes for this re-release.

The Concert in Central Park will be released on 19 August 2016.

THE CONCERT IN CENTRAL PARK CD+DVD

Disc: 2
1. Main Titles / Mrs. Robinson
2. Homeward Bound
3. America / Me and Julio Down by the Schoolyard
4. Scarborough Fair / April Come She Will
5. Wake Up Little Suzie / Still Crazy After All These Years
6. American Tune / Late in the Evening
7. Slip Slidin’ Away
8. A Heart In New York
9. Kodachrome / Mabellene
10. Bridge over Troubled Water
11. 50 Ways to Leave Your Lover
12. The Boxer
13. Old Friends / Bookends / Feelin’ Groovy
14. The Sound of Silence
15. Late In the Evening / End Credits