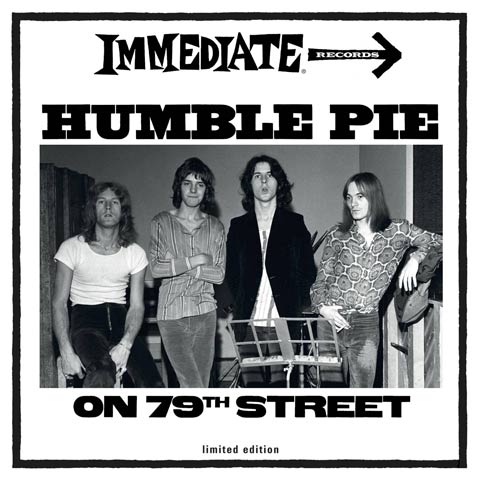 Immediate Records are issuing a late-in-the-day ‘surprise’ Humble Pie Record Store Day release on Saturday, that sees the band paid a debt to the English town of Southsea, by making the release available exclusively via just one record shop in that area!

On 79th Street is a limited edition 13-track vinyl compilation that fans can only buy from the Southsea ‘Record Cafe’ Pie & Vinyl.

Amongst the rarities on this record is an alternate version of The Sad Bag of Shaky Jake (new to vinyl) and the previously unreleased take 7 of 79th Street Blues which was recorded at Olympic Studios on 3 January 1970 and mixed by Rob Keyloch at Church Walk Studios exclusively for this LP. The label state that this will not appear anywhere else. 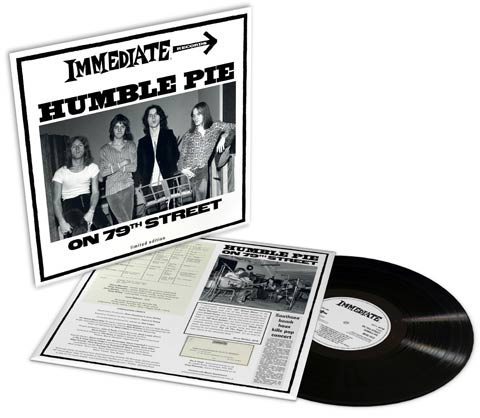 This has been supervised by Peter Frampton & Jerry Shirley and in fact the idea for this special RSD release came from Jerry who said, “I’ve just remembered, we had to cancel a gig in Southsea for some reason, so we should do something special for them”.  The gig in question was the Portsmouth Student Charity Festival on Valentine’s Day 1972. A bomb hoax caused the event to be cancelled. Humble Pie did return to play a few years later but at the Portsmouth Guildhall, not Southsea.

All songs have been newly remastered by Nick Robbins at Sound mastering and cut at half-speed by Matt Colton at Alchemy Studios.

On 79th Street will be on sale in Southsea on Record Store Day at Pie & Vinyl and worldwide from 22 April for one week via the shop’s website. Any remaining LPs after this period will be sold worldwide via Immediate-Records.com

1. The Sad Bag Of Shaky Jake (alternate version) (previously unreleased on vinyl)
2. Stick Shift
3. Cold Lady
4. Bang!
5. Only You Can See
6. As Safe As Yesterday Is