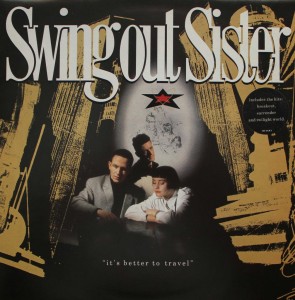 Swing Out Sister have announced via their website that they will reissue their much-loved 1987 debut album It’s Better To Travel later this year with bonus tracks and remixes.

The group released five singles from the album in the UK during 1986-7, including top ten hits Breakout and Surrender. The original CD release came with four bonus tracks consisting of remixes of those two hits, plus an instrumental of album track Communion and a further remix of the Twilight World single.

The band have been particularly popular in Japan from the very beginning. In 1986 an exclusive-to-Japan compilation was issued called Another Non-Stop Sister. This featured rare remixes and some b-sides from the It’s Better To Travel album singles.

It is likely that the 25th anniversary edition will be a 2CD set which will bring together everything covered by the releases mentioned above and maybe a few surprises. A three disc set with a DVD of TV performances and promo videos would be even better.

More news when we have it