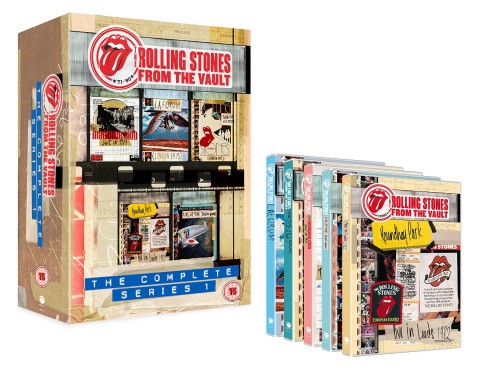 If you haven’t kept up with The Rolling Stones archive ‘From the Vault’ releases, here’s a chance to catch up, with what Eagle Rock are branding a ‘The Complete Series 1’ DVD box set.

This set contains the first five DVDs in the series featuring shows from 1971 to 1990 as follows: London Marquee Club 1971 – Filmed on March 26th shortly after the finish of the band s 1971 UK tour and just before the release of the Sticky Fingers album; L.A. Forum 1975 – Filmed on July 12th on the Tour Of The Americas 1975, the band s first tour with new guitarist Ronnie Wood;  Hampton Coliseum 1981 – Filmed on December 18th on the American Tour 1981 in support of the Tattoo You album; Leeds Roundhay Park 1982 – Filmed on July 25th on the last date of their European Tour 1982 again in support of the Tattoo You album and Tokyo Dome 1990 – Filmed in February at the band s first ever live shows in Japan at the culmination of the Steel Wheels World Tour.

With the exception of Roundhay Park 1982 (due on the same day as this box), all of these have been out before of course, but if you’re not bothered about all the various combo packages this set makes some sense. All the footage has been carefully restored and the sound newly mixed (in stereo and 5.1) for these new editions. All DVDs are region-free, NTSC. 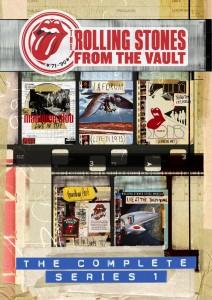