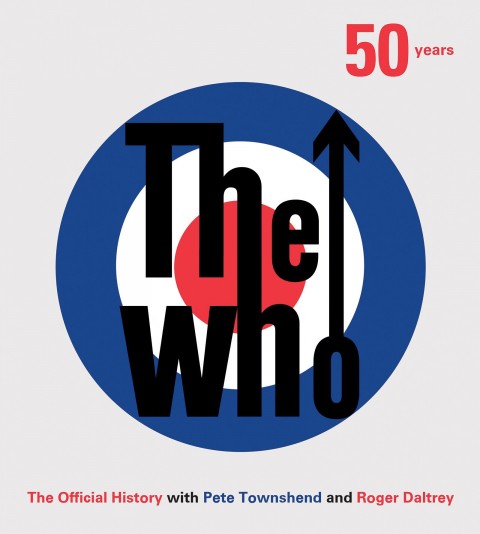 50 Years: The Official History is a new 320-page hardcover book on The Who scheduled for release by Harper Design this October.

This volume has been created with the full cooperation of Pete Townshend and Roger Daltrey, and continues the 50th Anniversary celebrations that the band and fans alike have been enjoying this year,

The Official History will be illustrated with rare photographs and memorabilia (with many never-before-published) from the band’s own archive, and from other sources including collectors and fans. Pete and Roger are personally writing the captions to all the photos.

The book will blend “memoir, history, and music” exploring the influences that shaped the band and its members, from Britain’s post-war austerity to Elvis, Lonnie Donegan, and American youth counter-culture. It records the band’s highs—their groundbreaking artistic achievements of Tommy and Quadrophenia—and the lows—the loss of Keith Moon and John Entwistle.