New album, due out at the end of the month

No-Man’s Tim Bowness returns with a new solo album, Late Night Laments, at the end of this month.

Described as a “collection of lush, atmospheric songs with a wide lyrical scope” this is Tim’s sixth solo album and follows hot on the heels of last year’s Flowers at the Scene.

With the usual brilliant artwork (courtesy of  Jarrod Gosling) the album is available as a 2CD set with an extra five tracks (Cheerleaders For The Damned) on the bonus disc. The vinyl comes with a CD of the album and a special limited one-off pressing on blue vinyl (with a signed art print) is available via Burning Shed.

Late Night Laments will be released on 28 August 2020. 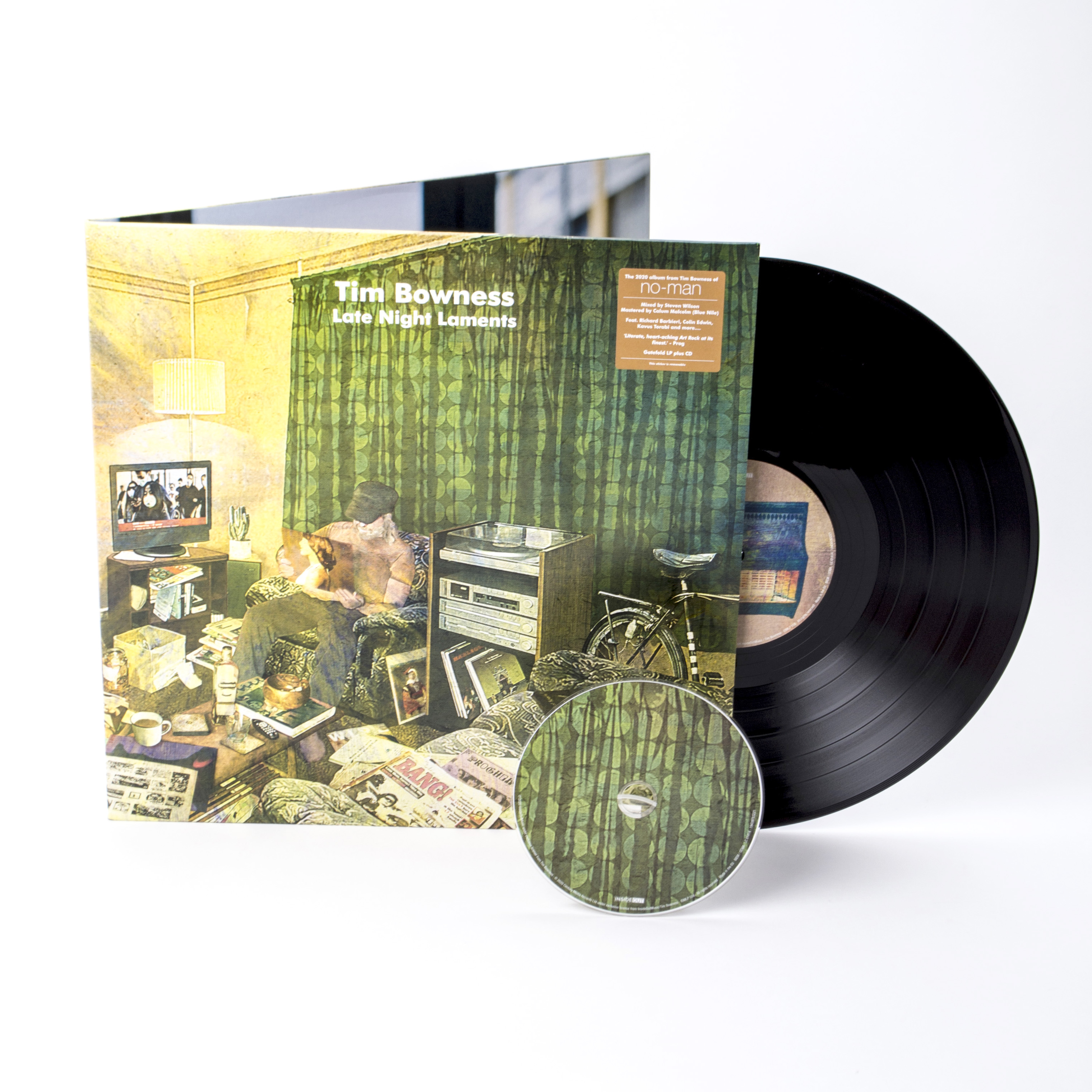 Cheerleaders For The Damned (extras)