Tori Amos‘ first two solo albums, Little Earthquakes and Under The Pink will be reissued as two-CD deluxe editions in April.

Little Earthquakes was released in 1992 and remains the singer-songwriter’s benchmark album for many fans. It spawned a large number of singles including debut Me And A Gun (swiftly re-promoted as Silent All These Years), China, Winter and Crucify. After record label East West had run out of singles they went back and issued Silent All These Years for a second time.

Many of the UK CD singles were issued with a limited edition counterpart sometimes creating six (or more) non-album tracks including the celebrated covers that appeared on CD 2 of Winter (Smells Like Teen Spirit, Angie and Thank You).

The bonus disc on this Little Earthquakes deluxe doesn’t offer any surprises – it just squeezes on as many of the B-sides/extra tracks as possible. All of the Amos-penned non-album tracks are included although the two different versions of Crucify from the CD single (single remix and alternate version) are missing, and most disappointingly the Led Zeppelin and Rolling Stones covers aren’t here, just Nirvana. 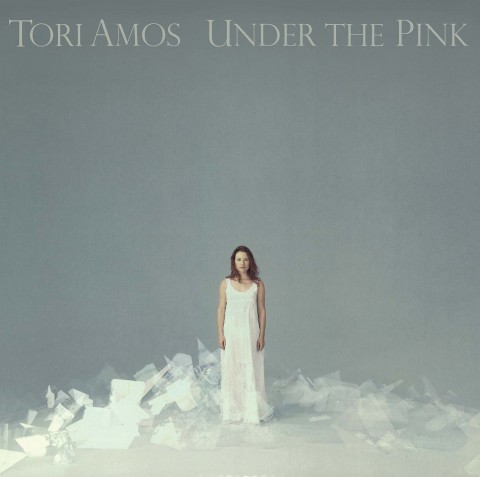 Despite the critical acclaim for her debut, Tori only managed to sneak into the UK top 20 once with one single from that album, Crucify. That changed at the beginning of 1994 when Amos powered straight into the UK top 10 with Cornflake Girl, the lead single from Under The Pink. Pretty Good Year repeated that success a few months later and two further singles God and Past The Mission were eventually issued.

Again, most of the B-sides and non-album tracks appear on the bonus disc of this new deluxe edition but more covers are missing. This time A Case of You (Joni Mitchell), If 6 Was 9 (Jimi Hendrix) and Strange Fruit (Billie Holiday). These were all included on the rare limited edition UK CD single of Cornflake Girl.

On a more positive note,  both albums are being made available on 180g vinyl in addition to the two-CD deluxe editions.

No word at this stage on remastering. There were issues with finding masters for Tori’s A Piano set from 2006, which led to the use of some alternate mixes of Little Earthquakes album tracks (Leather, Precious Things, and Mother to name three). If these new deluxe sets revert to the original track listings then those alternates will be unique to that box.

Little Earthquakes and Under The Pink are both reissued on 21 April 2015.