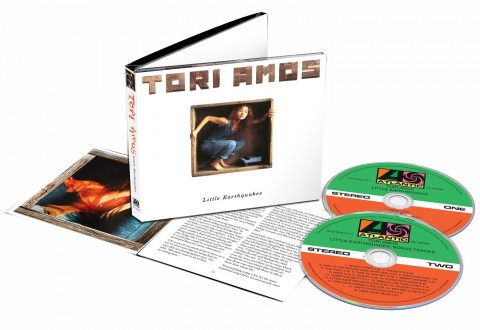 For your attention… here’s some new images showing the forthcoming Tori Amos reissues. I had expected Warner’s forthcoming two-CD reissue of Little Earthquakes to revert to artwork used on the original vinyl record where the Tori-in-a-box image is much smaller, proportionally, than the CD version, but, assuming this packshot from Amazon is correct, they appear to have chosen to keep to the 1992 CD ‘revised’ artwork instead.

The Pet Shop Boys‘ Please album had exactly the same issue when someone took the decision to enlarge the famous centre cover photo for the CD release back in 1986, putting the LP and CD out of sync in terms of artwork. However, Neil Tennant and Chris Lowe make a point of correcting this in 2001 when the album was reissued. That hasn’t happened with Tori’s deluxe, so perhaps the ‘real’ cover to Little Earthquakes could please stand up and make itself known to a member of staff?

Does this actually matter? You tell me. There are no such issues with the follow-up album Under The Pink. You can see what that is going to look like below. 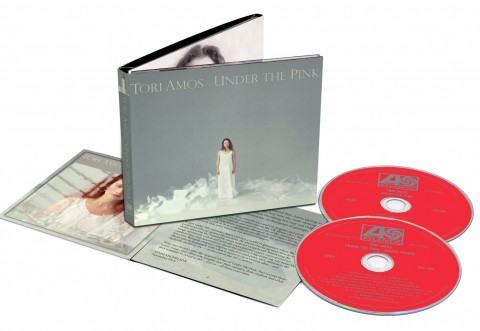 Both Little Earthquakes and Under The Pink are released as two-CD deluxe editions on 13 April 2015.