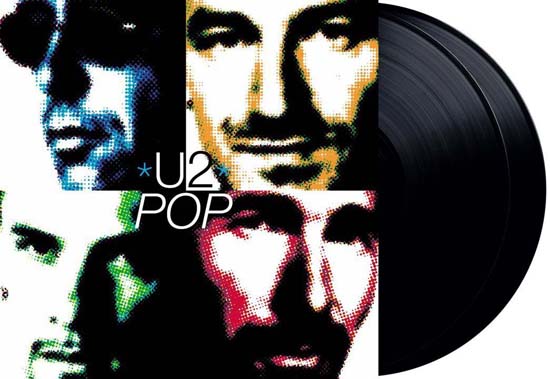 Universal Music/Island Records will reissue remastered vinyl versions of U2‘s Pop and All That You Can’t Leave Behind albums next month, alongside a vinyl reissue of the 1985 Wide Awake In America EP.

Pop was the band’s ninth studio album and was originally issued in 1997, reaching number one in over 30 countries around the world, including the UK and America. It continued U2’s ‘reinvention’ – which started in the early nineties with Achtung Baby and Zooropa – and was produced by Flood with Howie B and Steve Osbourne. Pop delivered four top ten singles in the UK, but despite this success the band were apparently not totally satisfied with the final product, and post release they constantly fiddled with tracks, re-recording and remixing many of the songs for various single and compilation releases. The new reissue is remastered and pressed on double black 180g vinyl. It comes in a gatefold sleeve and has as download card. 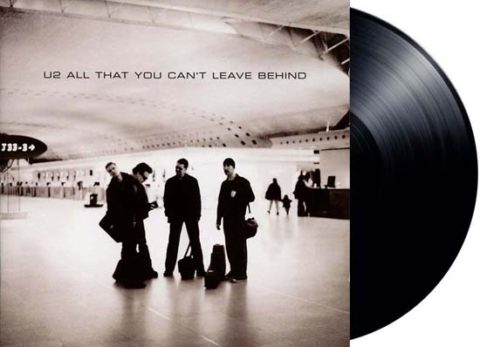 All That You Can’t Leave Behind was the first U2 album of the new millennium, issued three and a half years after Pop. Their 10th studio album pulled back from all the experimentation and returned to a more traditional sound. It was no coincidence that the album was produced by old muckers Daniel Lanois and Brian Eno. The album benefitted from the enormous success of the first single Beautiful Day which was a massive hit virtually everywhere (except in the USA, interestingly). Like Pop, the vinyl reissue is newly remastered and pressed on 180g black vinyl. It comes with a 16-page booklet and a download card.

All three vinyl reissues will be released on 13 April 2018. Pop is rather pricey in the UK at the moment, but that’s likely to come down fairly quickly (with Amazon’s pre-order price guarantee you’ll only pay the cheapest price between ordering and shipping, of course). 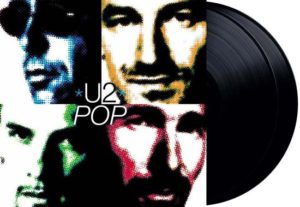 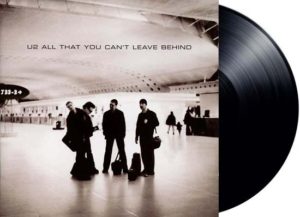 All That You Can’t Leave Behind 2LP vinyl reissue 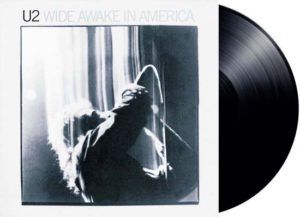