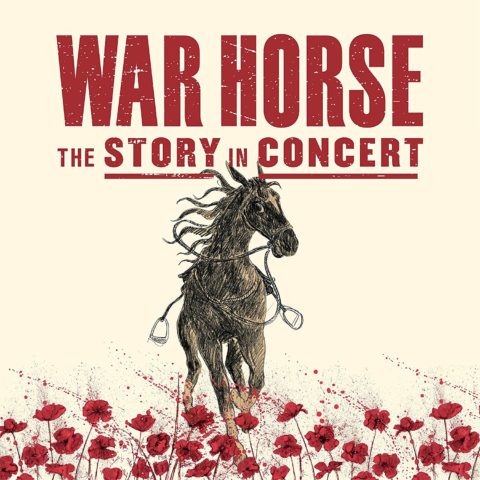 Lavish and creative Collector’s Edition out in December

War Horse, the children’s novel, has to date been adapted to film by Steven Spielberg film and enjoyed an acclaimed National Theatre production. Following the successful concert at the Royal Albert Hall last year, it is now being released (by BMG) as War Horse: The Story in Concert and the label have gone to town on a very special Collector’s Edition which takes the War/Horse theme and runs (gallops) with it.

Author Michael Morpurgo serves as the narrator to his novel, alongside English actress Joanna Lumley and the story is set to the music by the Royal Philharmonic Concert Orchestra, featuring a specially-arranged feature length score by Adrian Sutton and John Tams, inspired by the music from the National Theatre production of War Horse. 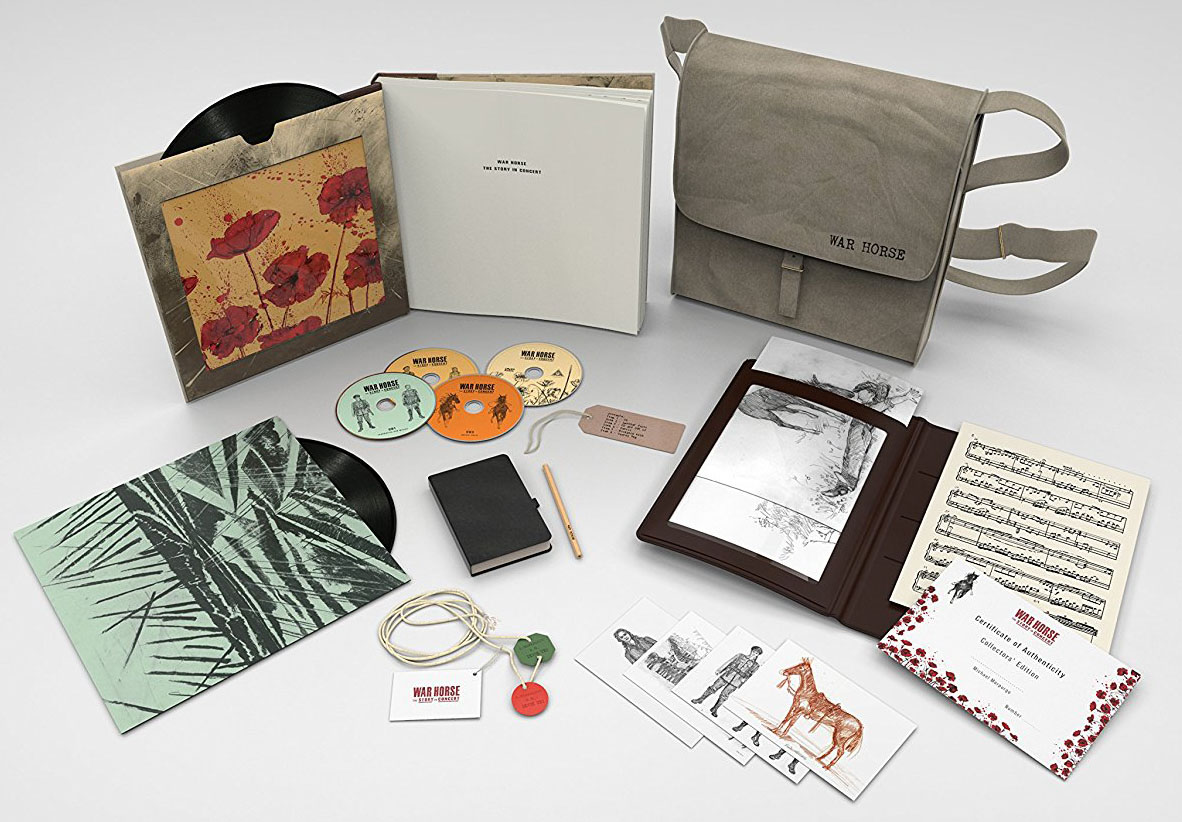 There is a standard edition of this release, which consists of three audio CDs but it’s the Collector’s Edition where the creative packaging juices have obviously flowed profusely, because it comes in a custom-made military-styled canvas bag, which in turn contains a large format (12-inches square) 76-page case bound book with the full script of the narrated story and original illustrations by award-winning British designer Rae Smith.

The Collector’s Edition contains the three audio CDs (containing the complete orchestral recording with narration and music only) but additionally it comes with two vinyl records of the music only, and a DVD featuring the making of the recording; a bespoke leather folio with two exclusive art cards and a set of four art postcards by Rae Smith, a certificate of authenticity signed by Michael Morpurgo, a page from the music score hand notated by the composer, a sketch book and pencil, and a replica WW1 Identity Tag!

BMG are only making 1000 of these limited edition Collector’s Edition of War Horse: The Story in Concert. This edition and other formats (see below) are all released on 8 December 2017.

Other formats for War Horse: The Story in Concert 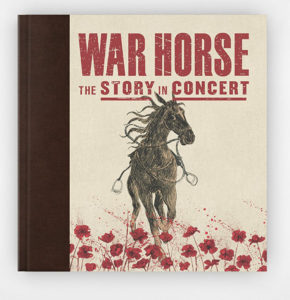 Super Deluxe Edition – If that goes beyond your budget, the 76-page casebound book (from the big set) with the double vinyl, the three audio CDs and the DVD is available separately without the canvas bag and the extra ‘bits’. This is branded as the ‘super deluxe edition’ and it’s less than half the price of the Collector’s Edition. 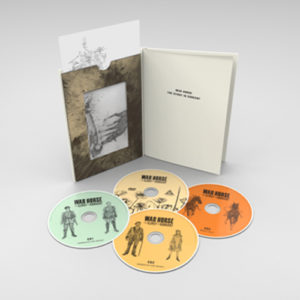 A Deluxe CD Edition – reduces the offering down to three CDs and the DVD and is packaged in more compact small book. This comes with two Rae Smith art cards 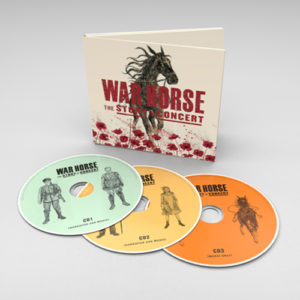 You can peruse all the formats at the official store. Amazon is currently only listing the 3CD edition, having previously listed the collector’s edition. 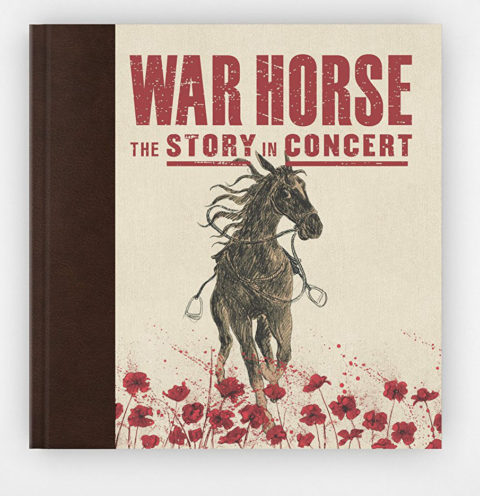 1. Devon At Peace
2. Only Remembered
3. Albert and Joey
4. Rolling Home
5. First Gallop
6. The Scarlet And The Blue

1. Into The Crater
2. The Tank
3. Joey’s Night
4. Albert And Joey Reunited
5. From Emilie
6. Devonshire Carol
7. Only Remembered (Finale)

Eddie Piller on what Mods did next