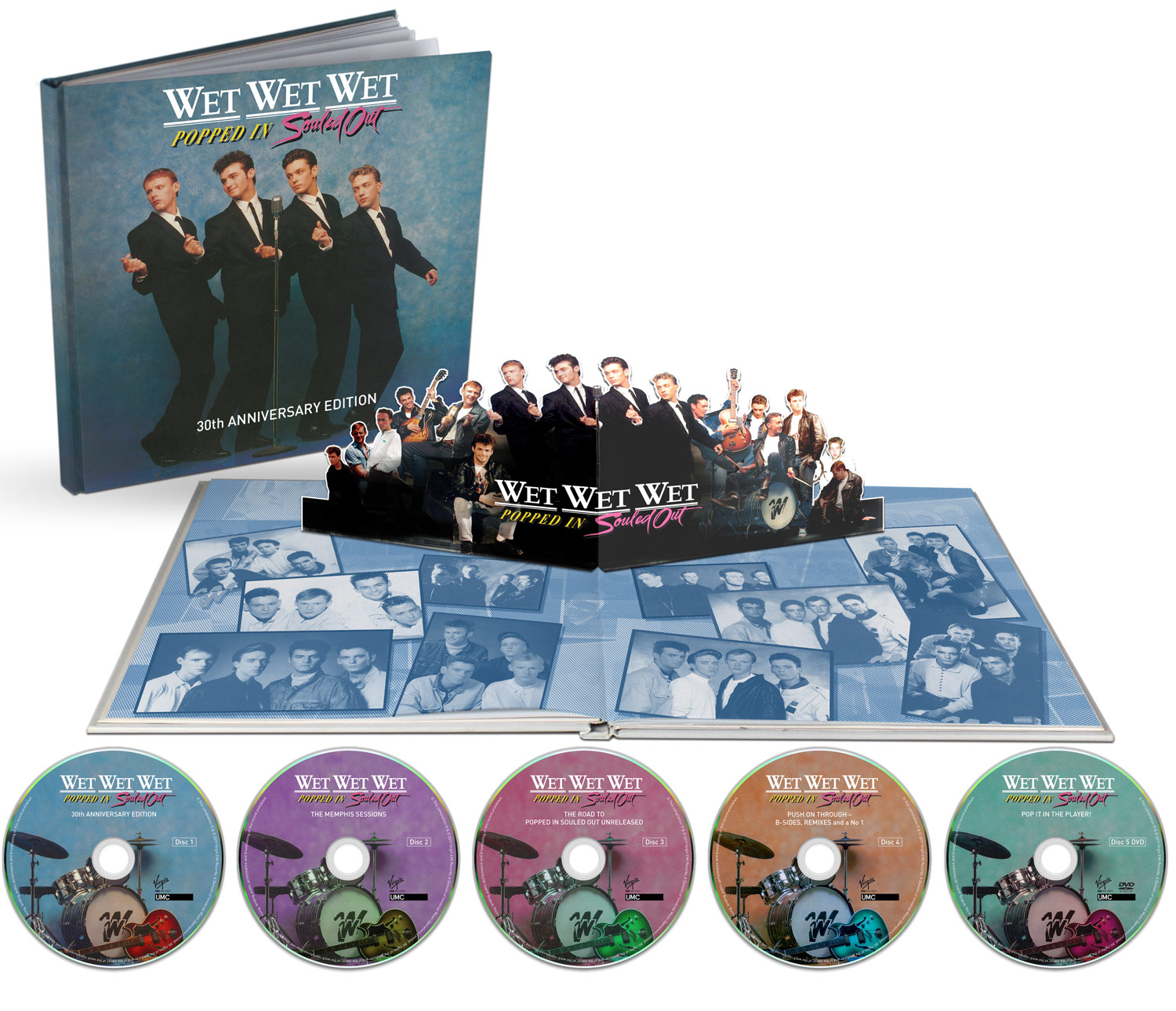 This new five-disc edition will feature the original album remastered, an expanded edition of the Willie Mitchell Memphis Sessions (including a previously unreleased version of Wishing I Was Lucky), a full disc of unreleased recordings from 1984/5, and a CD of remixes, demos and b-sides from issued on the various vinyl and CD singles – along with their cover of With A Little Help With My Friends. The content is completed by a DVD with promo videos, TV appearances and new interviews with band members.

The super deluxe edition is presented in a large format 12-inch, 72-page book that features the band telling the story of the album with unseen photos from their private collection.

The full track listing hasn’t been made available as yet (you’ll be the first to know!) but Popped In Souled Out will be reissued on 22 September 2017 – 30 years and one day since the original release. The band will also celebrate in July with two live shows – at Rochester Castle (12th) and Edinburgh Castle (15th).