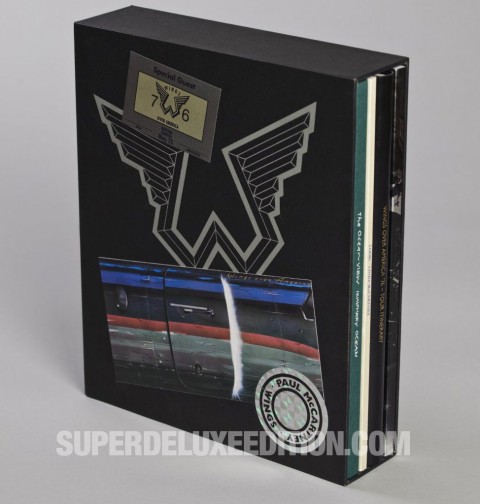 The fifth release in McCartney’s rather sluggish Archive Collection reissue programme, Wings Over America in its box set form was the most lavish to date.  It was released in May 2013 and featured four books, including an amazing ‘Tour Itinerary’ volume which contained a seemingly endless amount of detail about the scheduling and life on the road back in 1976. Glossy photos, replicas of tour party invitations and show tickets, set-lists, lyrics and original scribbled ‘doodles’. A second book, with interviews and commentary on the tour, is also excellent, as is the Linda McCartney photo-book. Finally, a hardback book of illustrations and sketches from Humphrey Ocean, the tour artist (I kid you not), completes the set. Incidentally, one of Ocean’s paintings, Black Love Chair, would be used for the cover of Paul’s 2007 album Memory Almost Full.

In 2012, the Band On The Run deluxe reissue (from October 2010) won ‘Best Historical Album’ at The GRAMMYs, and last year the RAM deluxe set from 2011 (arguably more creative packaging-wise than the Wings Over America set) lost out to Woody at 100: The Woody Guthrie Centennial Collection.

McCartney won his first GRAMMY in 1965 and thereby holds the record of the longest span of GRAMMY wins of anyone still active at 49 years.

The Wings Over America box set is still available. 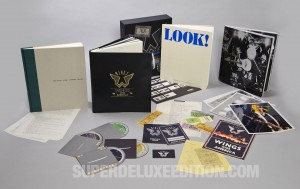 The US Recording Academy announce the contenders

The friendly rivalry between Paul McCartney and Brian Wilson continues, 45 years on from…