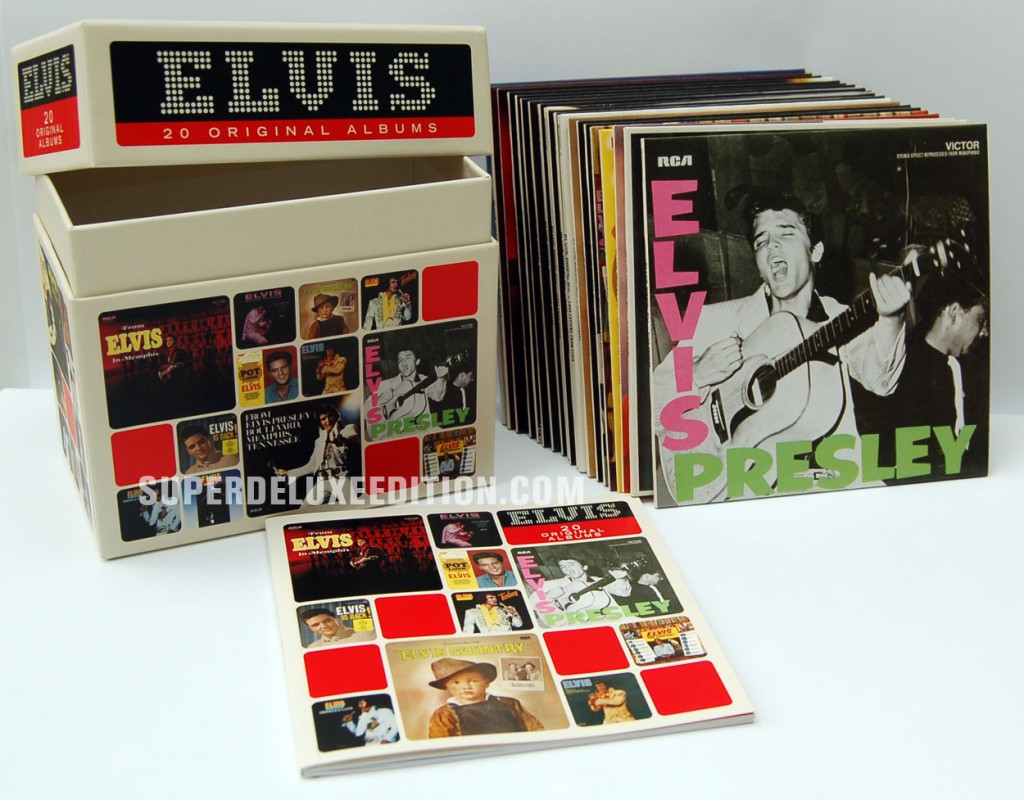 Sony/RCA recently released this new Elvis box set which is being marketed as The Perfect Elvis Presley Collection although there is no reference to this at all on the packaging, which simply refers to “Elvis: 20 Original Albums”.

Whatever it is called, the box consists of a decent selection of Elvis albums, kicking off with debut Elvis Presley in 1956 and ending, at the end, with Moody Blue in 1977. In between, the selection consists largely of studio albums along with the odd compilation and live set. We are thankfully spared all the movie soundtracks, but less happily also miss out on the ’68 Comeback Special and the other ’56 album, Elvis.

All the albums are packaged in the now familiar vinyl replica card wallets. Artwork reproduction is good (not outstanding) and the bespoke designed discs slot neatly inside the wallets without inner sleeves. The box is very attractively designed and is made from thick thick card with a lift-off lid. 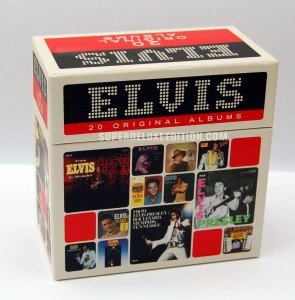 The set does come with an excellent, perfect-bound 36-page booklet and has some really informative, refreshingly honest, sleeve notes for each album in this set. 1971’s Love Letters From Elvis is described as “a bunch of leftovers” and Elvis Now from 1972 lacks “any real sense of cohesion”. It is nice to be treated as an intelligent adult by the (uncredited) author.

The albums themselves, being packaged as vinyl replicas, only list the original tracks on the back, but the booklet reveals that some contain plenty of bonus tracks as per separate releases. So Elvis Presley comes with six significant extra songs, including Heartbreak Hotel, Lawdy Miss Clawdy and I Want You, I Need You, I Love You and From Elvis In Memphis gets another half dozen tracks, including Suspicious Minds and Mama Liked The Roses.

With a seemingly endless amount of Elvis compilations and collections, it is refreshing to see his albums highlighted in this great value set. Only a fool would pretend they are all excellent, and the original design and presentation of the records in the seventies is truly abysmal. But for the serious music fan who might lack much from The King in his or her collection, The Perfect Elvis Presley Collection box set feels like a much more interesting way to investigate the man and his music than buying one CD with 20 number ones on it, and at around £35 / $67 for twenty albums, price is not a barrier.

Albums in the box set: