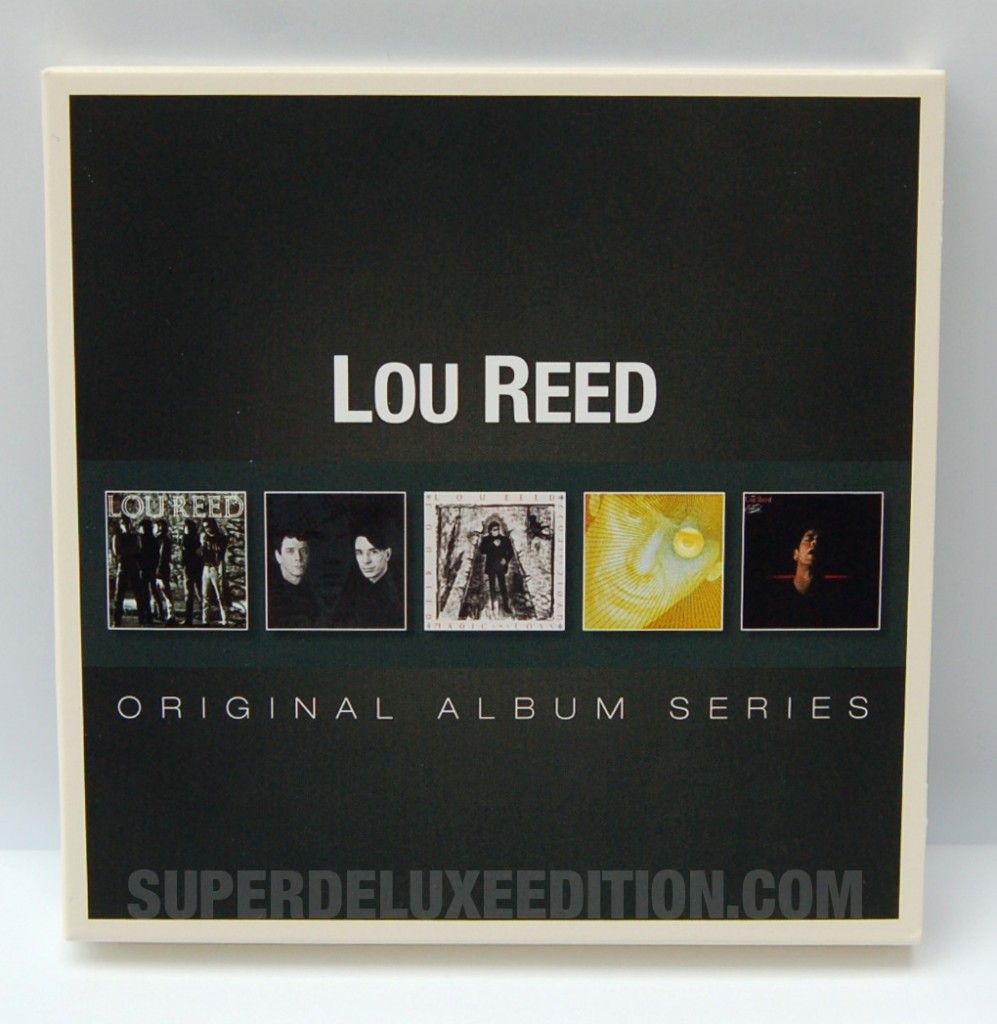 When Lou Reed‘s 1992 album Magic and Loss was first issued on CD, it not only had all the lyrics in English in the booklet, but translations of the words in many other languages. With the version included in this new Rhino ‘Original Album Series’ you get nothing except the name of the songs written on the back of a card sleeve, with producer and writing credits (no musicians) at the bottom. Such is progress…

What this set does offer is outstanding value and great quality, in terms of the music represented. These releases can often deliberately avoid a big selling or critically successful album and bundle in the odd turkey, but this Lou Reed set has to be one of the best we’ve seen, with a very strong sequence of every solo studio album (and the Songs For Drella collaboration with John Cale) released between 1989 and 2000.

New York remains a high point in Reed’s career – his love/hate letter to the city where he grew and up, while Songs For Drella followed the very next year – a very beautiful and satisfying collaboration with John Cale that remembers the life of Andy Warhol.

Magic and Loss from 1992, is not an album you’d reach for to put on at a party, but it remains a truly stunning piece of work. A quiet meditation on life and death, told with brutal honesty as Reed recalls the passing of two friends. If you’d like to read more about Magic and Loss, we discussed it here last year.

Set The Twilight Reeling (1996) and Ecstasy (2000) didn’t benefit from the general goodwill and momentum that the three previous albums enjoyed, but they are both excellent. Reed is as witty and literate as ever, and Ecstasy sees the return of Mike Rathke, who played on New York and Magic and Loss (he also co-wrote many songs on the Magic and Loss album).

Don’t buy this set for the packaging. The art reproduction on the card sleeves is not great, and all whites are rendered grey, possibly due to using recycled card. But do buy it for arguably Lou Reed’s best run of albums in his entire career and the giveaway price. Highly recommended. 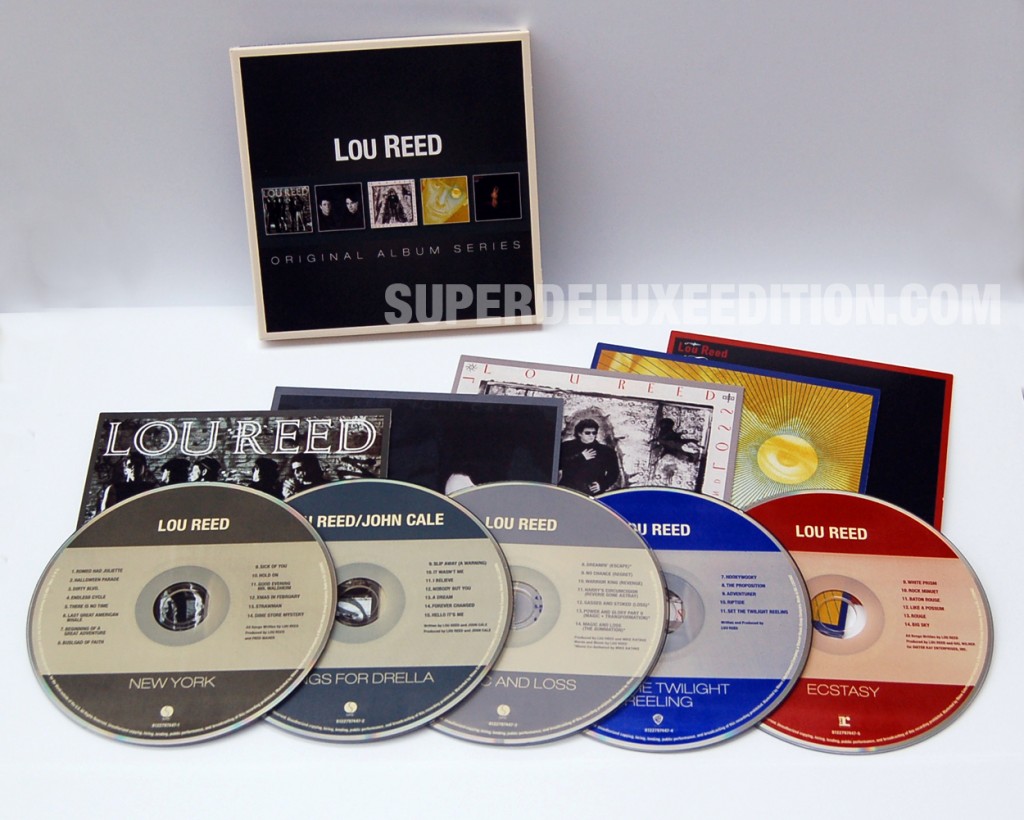 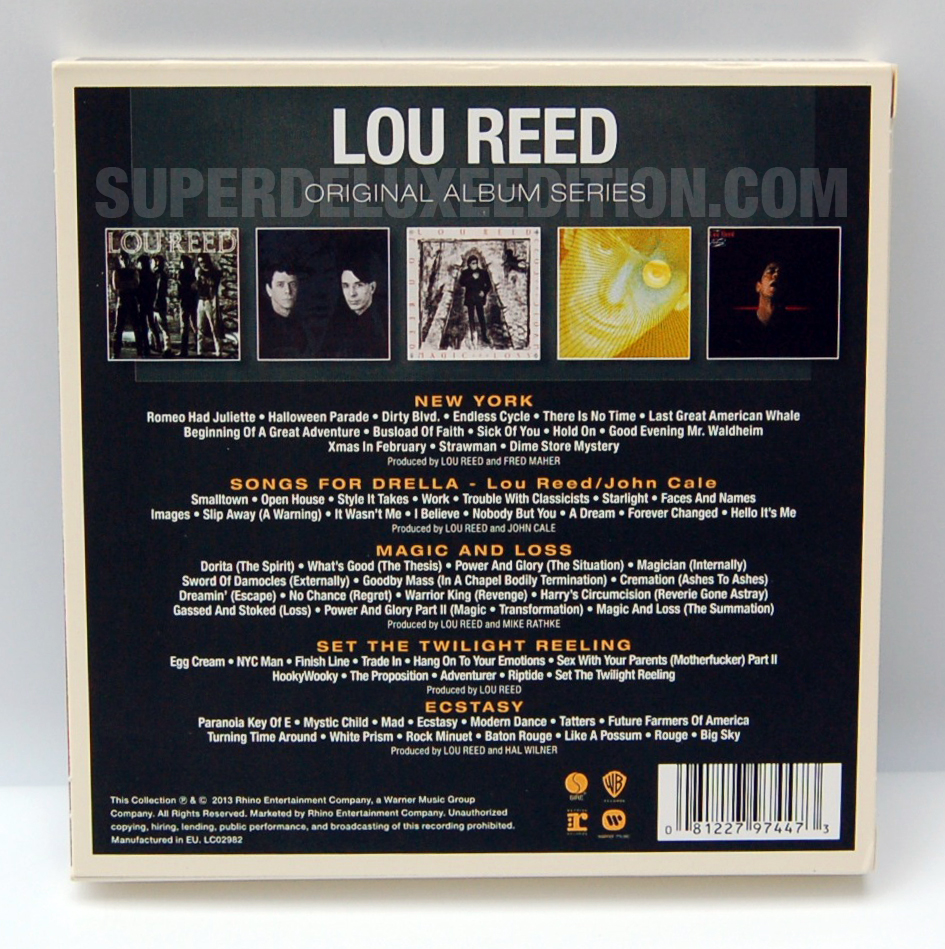