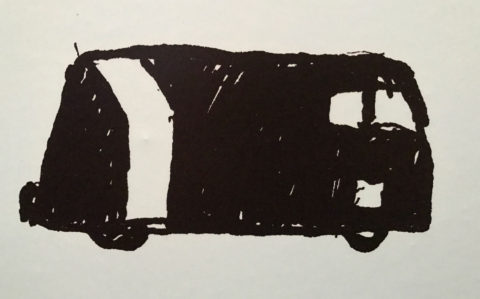 The V&A’s new Pink Floyd exhibition, Their Mortal Remains, opens to the public in a few days, but SDE gathered with some of the world’s press yesterday and enjoyed an exclusive preview….

The exhibition provides a visual and aural history of the band and takes in what Aubrey ‘Po’ Powell (co-founder of Hipgnosis, who worked with Pink Floyd throughout their career) described as the three stages of the band. In his words these were: “The Syd Barrett state, the opening part where they were just an amateur band” through to “the point where David Gilmour arrived and changed the sound of the band completely with his virtuosity on the guitar, plus his beautiful voice”. ‘Po’ pointed out that during this phase, “Roger Waters really came to the front, because they’d actually lost their songwriter in Syd Barrett. But Roger had concepts, deeper concepts.” Stage three is what he called “David Gilmour and Nick Mason’s Pink Floyd”.

Although the journey and the stories are relatively well known (Syd turns up during Wish You Were Here sessions, man says ‘I’ve had enough’ after being set on fire 13 times for the cover of the same album) but it’s both the completeness of the Pink Floyd narrative and the excellence with which this show is presented, that really impresses. 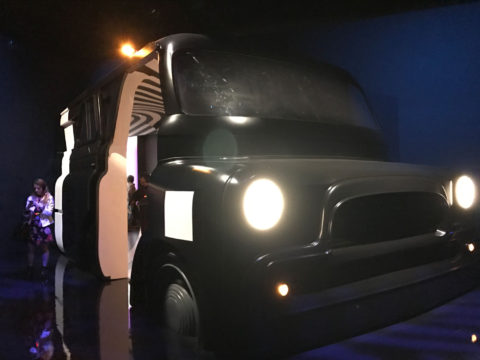 Enter ‘Their Mortal Remains’ through a big van

The exhibition follows a linear path (think walking around Ikea) which literally starts with you entering the fledgling outfit’s Bedford Van (which inspired the design of the recent Early Years box set). The ‘van’ leads to a room of psychedelia, with press cuttings of early concerts at the UFO club in London, photographs and a ‘family tree’ of Pink Floyd. 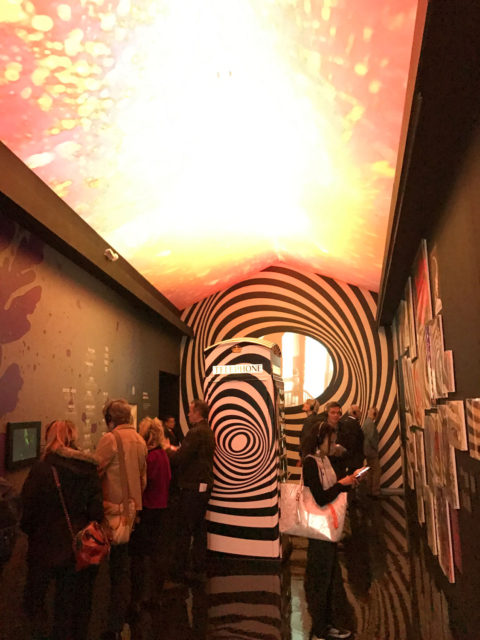 ‘Groovy, man’. Psychedelia and counter-culture in evidence early on

All the time, as you walk, you have your Sennheiser bluetooth headphones. The music played is appropriate not only to which room you are in within the exhibition, but also where you are in that room. If you walk up to a screen playing video, you immediately start to hear the audio from that screen. It’s seamless and brilliantly realised.

The exhibition moves forward, year-by-year, album-by-album. There’s original guitars on display, keyboards, frilly shirts, early echo machines like the ‘Binson Echorec Baby’ and monitors showing clips from various documentaries, featuring all the band and various collaborators. Much, if not all of the video, will be familiar to diehards. 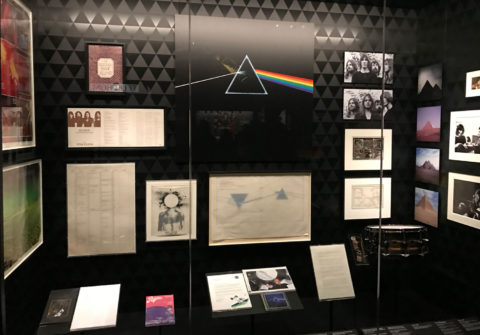 The Dark Side Of The Moon

If you’ve ever seen any of those ‘Classic Album’ documentaries, you’ll know that one of the most fascinating features is when the artist or producer gets behind the mixing disc and starts playing around with the faders and deconstructs the multi-track recording of a familiar song. Their Mortal Remains allows you to do this with Money from The Dark Side Of The Moon. What a thrill! Again, the headphones work so well. You walk up to the mixing desk (there are three of them) and Money starts playing. You are left to ‘fiddle around’ with those faders and the music changes immediately as you bring guitars down, vocals up, etc. This was a real highlight and quite hard to move away from… 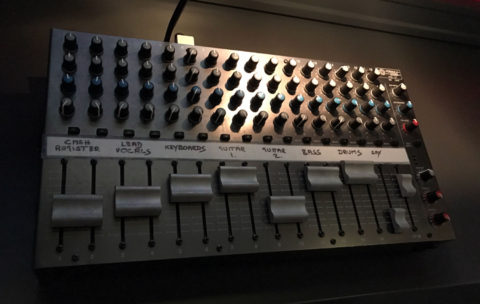 Animals and The Wall are represented in a hangar-like room which contains and enormous replica of Battersea Power Station and of course the pig! There’s various Wall characters and inflatables up high. 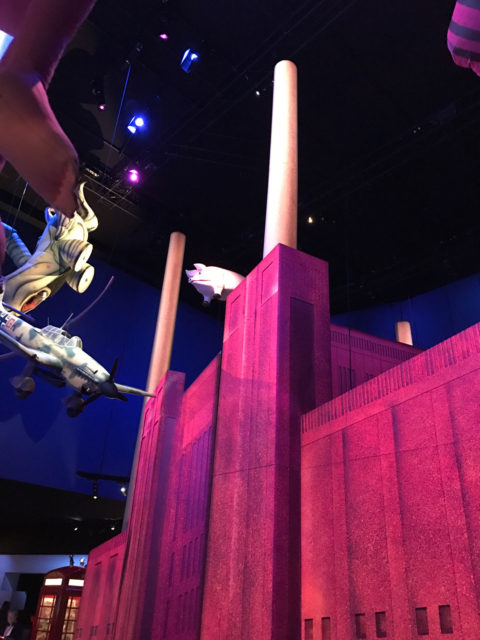 I did find myself moving through the latter stages of the band’s career a little more quickly although the ‘heads’ from The Division Bell are very impressive. The exhibition ends with a 360º visual presentation of the band’s last time on stage together at Live 8 in 2005, performing Comfortably Numb (I was lucky enough to have been there). This has been mixed from the original tapes (at Abbey Road by Simon Franklin, Simon Rhodes and Andy Jackson) in something called ‘ambeo’ which is a new ‘3D Audio Technology’ invented by Sennheiser. The audio for this finale, came from 17 channels over 25 speakers.

Aubrey ‘Po’ Powell described the journey of finding all of the elements to put in this exhibition as “not only nostalgic, but deeply emotional”. Many fans will undoubtedly feel the same as they take in the artefacts and music. I will be returning with my family later this month and will note with interest how engaged they are, with little (wife) to no knowledge (daughters) of the band and the music. 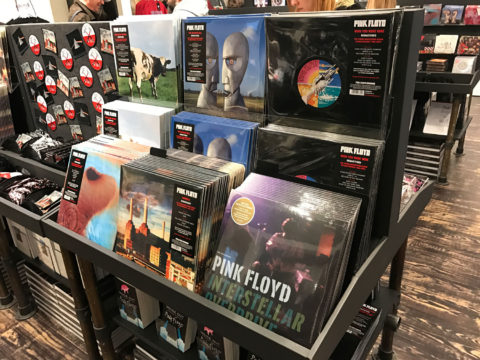 As I exited through the gift shop (the hardcover catalogue is well worth £35), I’m not sure I had learned too much, or deepened my love for the band, but it was a highly entertaining couple of hours and more immersive than those immersion box sets from 2011 – without a marble in sight.

Their Mortal Remains opens at the V&A on Saturday 13 May and runs to 1 October 2017. You can book tickets here.