Tori Amos was in Shoreditch on Wednesday night and played a few tracks from Native Invader.

One of the problems with the music industry these days, especially on the reissue side, is that no one ever seems to have any money to spend on marketing. As we all know, sales of physical product are declining, margins are paper thin (at least on your average £9.99 CD) and so even releases from well-known artists aren’t guaranteed to be big-earners for the record labels any more. The last thing they want to do is spent whatever profit they might make on what might be perceived as unnecessary adverts, promotional videos etc. There’s a perception these days that you can do a bit of social media, reach the fanbase via the artist’s mailing list (if they have one) and job done!

Some of you might recall a few ‘battles’ I had when I worked on the Paul Young Remixes and Rarities project. I wasn’t in love with the idea of packaging it in a double jewel case, but was overruled, because it was the cheapest option. I also wanted to create a Japanese-style OBI-strip to give the product a little bit of ‘collector’ appeal. It cost something like 20p a unit to do and although I got my way on that issue, when the set did quite well, the label refused to maintain it for the second production run. Their view was simply that it was a waste of money. They weren’t going to sell any more copies just because the release had an OBI strip. My argument in return was why do ANYTHING over and above the call of duty, then? I thought the OBI-strip added a certain je ne sais quois and was the kind of detail that collectors and fans liked. 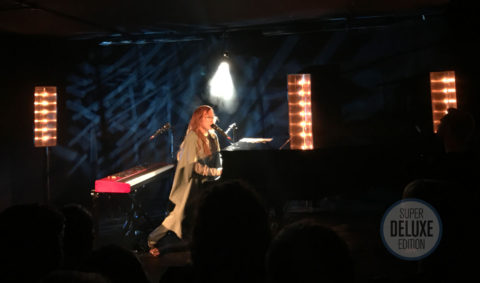 All of this brings me on to Tori Amos. Her new album Native Invader is out next week, and I was delighted to be invited to a rather old school ‘album launch’ in the tiny Courtyard Theatre in East London last Wednesday. Admittedly, this wasn’t a reissue and was ‘frontline’ release, but regardless, it was a thrill to go along to this ‘industry’ event where someone had deemed it worth spending some cash on marking the occasion of a new album release. I’m sure the event didn’t compare to the lavish excesses of the seventies and eighties, but what the hell… there was free booze, some great canapés and best of all Tori was there in person to play a few songs!

I’ve been a Tori Amos fan ever since I bought the CD single of Me And A Gun in 1991, but for some bizarre reason I had never seen her play live. Earlier this year, I thought it was time to correct that and made sure I got tickets for the Royal Albert Hall in October, so you can imagine the excitement when the opportunity to see her play in an intimate setting (there was probably less than 100 people at this event) presented itself.

At just after 7pm we moved through to the main room where Tori’s trademark Bösendorfer piano was on stage, along with a red keyboard. After being introduced by an executive at Decca, she came on with a friendly double wave of the hands and played five songs:

It was incredible and the night got even better when Tori hung around in the bar afterwards and chatted and posed for photos. She was friendly and charming – a class act. Our conversation was all too brief, but I’m hoping to get the opportunity to interview her properly at some point in the next few weeks. 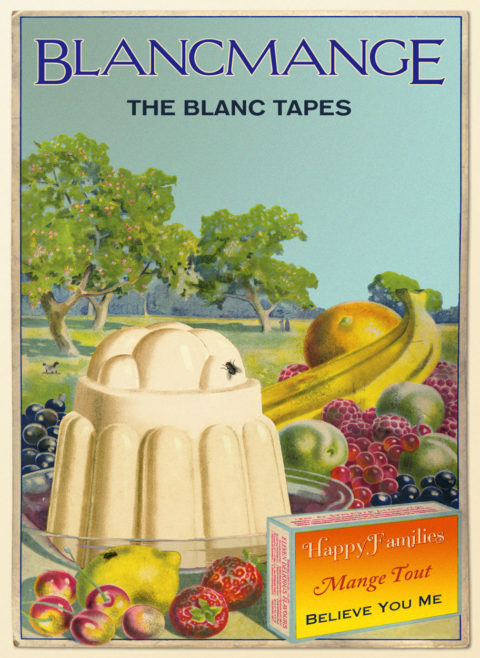 Signed Blancmange back in stock

If you missed out on buying the Blancmange Blanc Tapes nine-CD set with the signed print (I think they sold out in a day) then you could be in luck, since Amazon UK appear to have some back in stock. These are quite likely to be as a result of cancelled orders, so I imagine they won’t have many and they will go out of stock again fairly quickly. You’ve been warned!

Click to order the signed amazon exclusive of Blanc Tapes 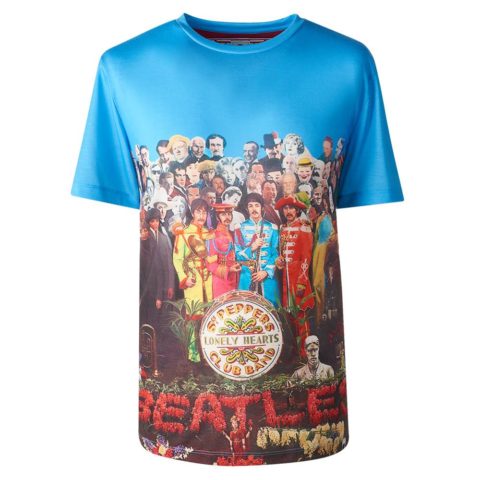 Pretty Green, the fashion label launched by Liam Gallagher in 2009, has launched a Beatles range which includes coats, shirts and T-shirts. If you head over the their website you’ll see the full range. There’s a few semi-tasteful T-shirts but some items are rather ludicrous, including the Mod-style Parka with various Beatles motifs on it and the 100% polyester (feel the quality) Sgt. Pepper T-shirt (pictured above) which costs a cool £50.