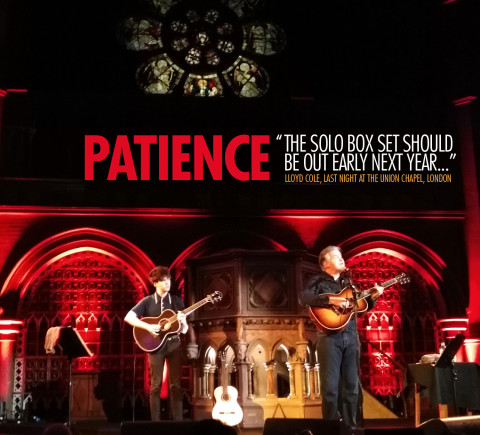 Lloyd Cole finished three months on the road last night (his ‘Classic Songbook Tour’) with an intimate, acoustic set at London’s Union Chapel, where he played “just old songs” including virtually everything from the 1984’s Rattlesnakes…

The 55-year old singer-songwriter was on fine form with his dry wit entertaining the audience between songs. During the two separate hour-long sets (he was joined by his son William after the interval) Cole delivered the all the Commotions hits (Forest Fire, Are You Ready To Be Heartbroken, My Bag, Cut Me Down, Brand New Friend, Lost Weekend, Jennifer She Said etc.) and more, along with some choice cuts from his solo career including No Blue Skies, a fantastic So You’d Like To Save The World (from 1993’s Bad Vibes) and Like Lovers Do.

I saw Lloyd a few years ago at the Shepherd’s Bush Empire in ‘full band’ guise with The Leopards, but whether it was because he concentrated on just his early material for this acoustic set (nothing post-1996), the quality and clarity of his voice and the superb setting of the Union Chapel, or perhaps because I’m getting old and like sitting down (!), but for me this ‘solo’ show was by far the more enjoyable of the two gigs and one of the best shows I’ve seen for a while. 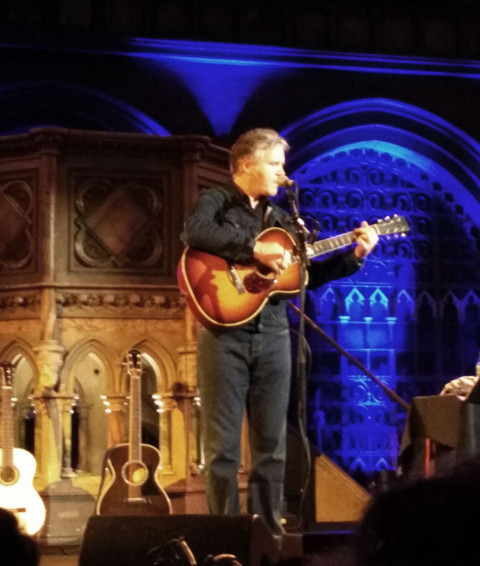 One highlight was Cole’s plaintive cover of Prince‘s Sometimes It Snows In April which he segued seamlessly with his own Loveless (from his self-titled 1990 debut solo album). The relative limitations of the one-man-and-an-acoustic-guitar approach were overcome in the second set when Cole’s son William joined him on stage. Cole Jnr largely played lead on a Spanish guitar, replicating the intricacy of the original arrangements on many of the Commotions songs, leaving his father to take care of rhythm duties. Will acquitted himself admirably, even during an awkward moment when his Dad was late on for the encore (turns out he was preparing a couple of end-of-tour glasses of whiskey) and William had to contend with a friendly but encouraging audience (“say a few words!”).

Lloyd Cole did mention that the Polydor solo years box set should have been out “about now”. He said it was basically done, but gave no reason for the delays. As well as remastered versions of the released solo long-players (Lloyd Cole; Don’t Get Weird On Me, Babe; Bad Vibes and Love Story) this set will include two unreleased albums and demos. It is expected in February 2017.

Read the SDE interview with Lloyd last year when he talked about the Lloyd Cole and the Commotions Collected Recordings 1983-1989 box set.