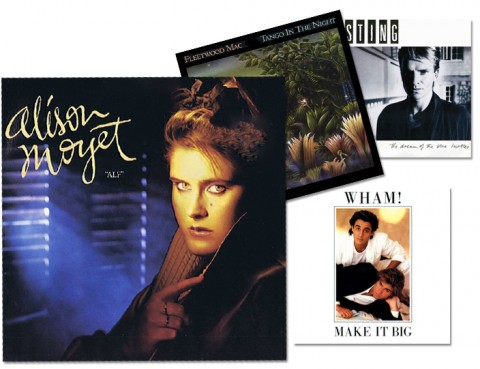 Alison Moyet and the politics around the deluxe reissue

Alison Moyet this week announced some deluxe reissues. I was going to be cheeky and title the post “Alison Moyet reissues – just not the ones you want” but I thought that was a little bit harsh on Cooking Vinyl who have put the work into the new two-CD sets of  Hometime, The Voice and Turn. I’ll admit to having lost interest in Moyet’s work at this point in time (meaning the noughties), but maybe I need to revisit because there seems to be a fair amount of love for Hometime with a few of you declaring it to be ‘a masterpiece’.

The ‘Sony4’ as the early albums were amusingly dubbed in the discussion about the new deluxe editions, remain unreissued, with Alf’s 30th anniversary been and gone! We are told by team Moyet that “work has been done on curating these albums and their associated tracks” which rather suggests we are slowly approaching the end of the reissue rainbow and when we get there, we may well find a pot of gold made up of remixes, B-sides and the like. Or maybe we won’t. On AM’s facebook page whoever writes the posts did add the rather annoying and disingenuous line “Does that mean it will happen? Who knows”. Well Alison Moyet knows, that’s who!

I can more or less guarantee that a major label like Sony or Warners’ default position is that they would love to reissue big selling classic albums such as Wham‘s Make It Big, Fleetwood Mac‘s Tango In The Night, Sade‘s Diamond Life…. and Alison Moyet‘s Alf. So if any of those albums aren’t reissued (none of them have been) it will be because either the artist has to approve it and they aren’t interested, or the artist doesn’t have approval but it is in the label’s long-term interests to build a relationship with their ex-artist, so they perhaps hold back in order not to annoy them off and hope things change over time. In general, they aren’t going to license out this kind of A-lister material to the Cherry Reds or Edsels of this world.

I guess you can’t blame some acts for being reluctant to re-engage with former labels – there could be all sorts of unresolved issues. They might be still bearing a grudge for that ‘under promoted’ album that the label didn’t get behind or a decade of ill-thought out ‘greatest hits’ compilations they had no knowledge of. On the flip-side of that coin the label may consider the artist ‘unrecouped’, where a flop album didn’t earn enough to even payback the advance, so the label were left in the red. Or it could be a lot worse than that – such as the situation with Holly Johnson and ZTT Records where he had to sue them to release himself from his contract. Why is he suddenly going to help his old label promote a reissue? (he did actually do some promotion for Universal’s Frankie Say compilation, but that was purely in return for seeing some of his solo albums back in print).

Then there is the I’m-a-multi-millionaire-now-so-why-am-I-bothered factor. Sting is probably a member of that club. He has sold billions of records, he’s on a world tour that will earn him tens of millions of pounds and he likes to spend time on projects close to his heart like The Last Ship. But please could he stop everything to get involved in a reissue that might sell 30k copies and earn him next to nothing. Er, no thanks. Hence we haven’t seen a 30th anniversary Dream of the Blue Turtles reissue and none of The Police‘s albums have ever been celebrated with individual deluxe or super deluxe sets.

Everyone’s different. Paul McCartney is richer than Sting (and just as busy) but he perhaps feels like some of his past work is either misunderstood or under appreciated. So he wants to spend time and effort on re-presentation. 1971’s RAM was famously dismissed by Rolling Stone as “the nadir in the decomposition of Sixties rock” but 40 years later when lovingly reissued as a 5-disc deluxe set critics were a hell of a lot kinder too it. He’s about to do the same thing again with Tug of War and Pipes of Peace.

So all in all, there could be a multitude of reasons why certain albums haven’t been reissued. Broadly speaking though, if the artist wants the album re-released they should be able to make it happen, through persuasion, negotiation, and cooperation. If they don’t want it reissued then the persuasion and negotiation may come from the label’s side! Howard Jones was canny. He didn’t want to sit back and wait for someone else to muck around with his legacy (or perhaps not do anything with it), so he was hands-on and actively re-licensed his old material from Warners and put out remastered box sets on his own dtox label.

We will wait with interest to see what happens to Alison Moyet’s Sony4!