It’s that time of the month! We’ve been shopping for used records. Here’s what we’ve found… 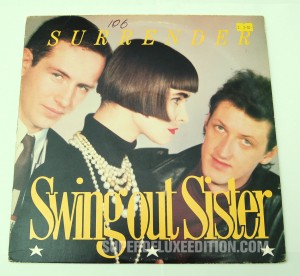 Picked up this US twelve-inch version of Swing Out Sister‘s Surrender because it contains the Pop Stand Remix (by Justin Strauss and Murray Elias) which wasn’t issued in the UK. In fact it also contains the standard Stuff Gun Mix and the seven-inch version, as well as B-side Who’s To Blame, so all in all, a nice item (if you can forgive the horrendous cover). The Pop Stand Remix runs for 7.05 and didn’t appear on last year’s It’s Better To Travel reissue. It probably should have, to be honest, since it’s rather good, and not one of those ruined-for-the-dancefloor mixes. But we’ve given Swing Out Sister enough advice in the past, so let’s not go there. 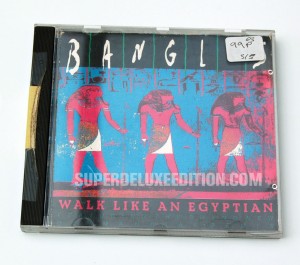 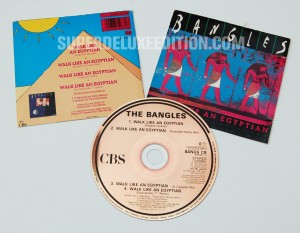 The Bangles/ Walk Like An Egyptian UK CD Single (1990)

The person who previously owned this Bangles CD single, was obviously freaked out by the card sleeve, and got a pair of scissors out and butchered it, forcing it into a jewel case! Despite this travesty, it’s an excellent item. The Bangles 1986 single was reissued in 1990 to coincide with their greatest hits, and this four track collection includes the original Extended Dance Mix,  Acappella Mix, and single version of the song as well as the Ozymandias 7″ Remix. A twelve-inch version of the latter was also issued at the time on vinyl. 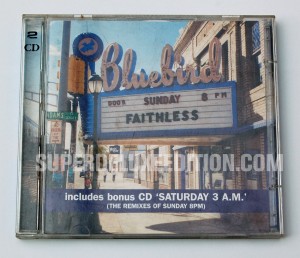 The second album from the now-disbanded Faithless was reissued a year after its 1998 original release, as this two-CD special edition. The bonus disc (Saturday 3AM) contains ten remixes. 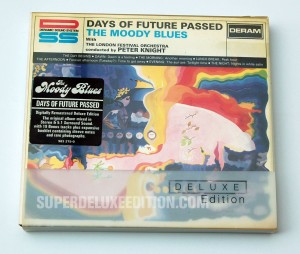 This out-of-print Moody Blues deluxe edition was found just days after we photographed the new Timeless Flight box. Unlike that set, this contains a hi-res surround sound mix of the album, on the SACD format. A second disc (standard CD) has alternate versions and outtakes. Probably should have cost us much more than the £7.99 we paid, but this one wasn’t bought in a charity shop, so we don’t feel too guilty! 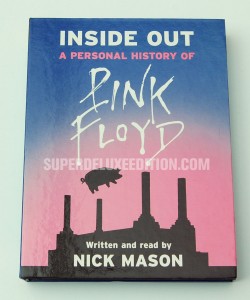 Okay, so it’s an audio book. But the rock credentials of Nick Mason’s ‘personal history of Pink Floyd’ allow it ‘entry’ into this list. He reads an abridged version of his book (running time 3 hours 20 minutes), and it comes on three CDs. Even better, the packaging is great. A hardback eight-panel presentation with a 30-page booklet containing some great pictures, including that photo (taken by Mason) of Syd Barrett, when he dropped in on the Wish You Were Here sessions in June 1975. 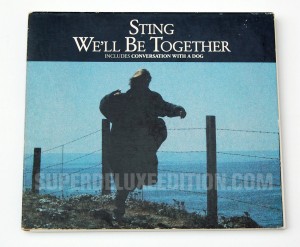 We promise not to mention Swing Out Sister or Sting again next month (honest, guv) but who could resist this excellent CD single from 1987. The four tracks here do not appear on any other Sting CD; they are an extended, ‘previous’ and instrumental versions of We’ll Be Together (the lead single from his second solo album Nothing Like The Sun) and the wonderful B-side Conversation With A Dog, which could easily have been an album track. It’s a three-inch CD in one of those adapters. 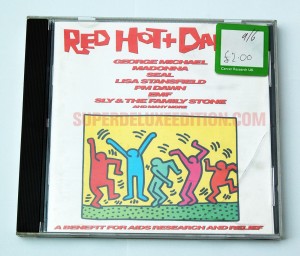 The ‘various artists’ charity album released in summer of 1992 to raise awareness and help fight the HIV/AIDS virus. Red Hot + Dance was notable for featuring three new George Michael tracks (including UK number one Too Funky) and its track listing included remixes of tracks by Madonna, Seal and Lisa Stansfield.

On the face of it, nothing too interesting about Paul McCartney‘s 1987 hits collection All The Best! on CD, but the well-trained eye will spot the Capitol Records logo on the back indicating that this is the US release. That’s significant, because the US CD omits UK single Once Upon A Long Ago, Mull Of Kintyre and We All Stand Together – preferring Junior’s Farm, Uncle Albert / Admiral Halsey (a US number one, let’s not forget!) and Goodnight Tonight. Coming Up is also the Live in Glasgow version, which didn’t get a European CD release until the McCartney II deluxe edition of 2011. Not John Lennon’s favourite version however. He told Los Angeles Times music critic Robert Hilburn that he liked “the freak version that he made in his barn, better than that live Glasgow one…. I thought the record company had a nerve changing it round on him”. Brilliant. Proof that The Beatles would have got back together. Probably. 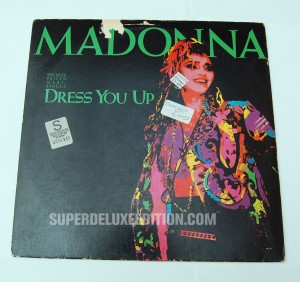 The US twelve-inch of Madonna‘s Dress You Up, has different artwork to the UK version but includes the same 12″ Formal Mix and The Casual Instrumental Mix. A third track is the album version of Shoo-Bee-Doo. 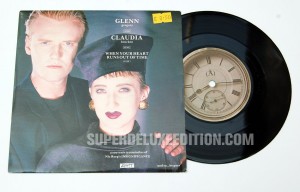 The theme song from Nic Roeg’s 1985 film Insignificance was issued by ZTT Records and featured Propaganda‘s Claudia Brucken and Heaven 17‘s Glenn Gregory singing a rather bombastic song by Steve Winwood co-writer and soundtrack specialist Will Jennings. In true ZTT fasion the B-side is a ‘drumless’ version, which is basically as described…