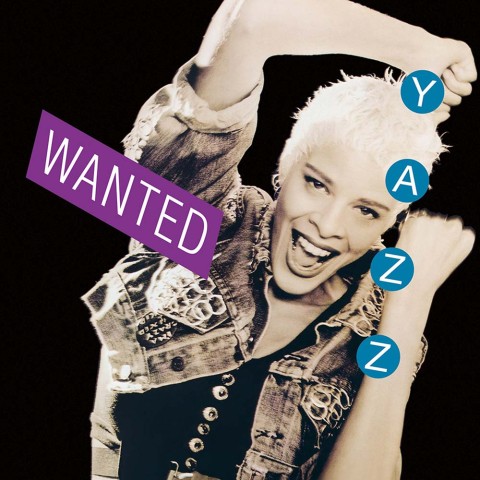 Cherry Red have issued a statement about their three-CD reissue of Yazz‘s 1988 album Wanted, after fans complained about errors on the set, and will be issuing replacement discs.

In a post on their facebook page, Cherry Pop promised to sort this out and left the following message:

“Thank you to those of you that have contacted Cherry Red Records regarding our new Yazz 3 CD release.

We’ve been looking into the issues raised as a matter or urgency.

We were unable to access the vast majority of the original master tapes for this 3 CD package as their location is unknown.

One track that was supplied and mislabelled from the original production master was the ‘Stand Up For Your Love Rights – She’s Crazy Mix’. We are now creating a new master using the edited version of the track with the timing of 04:57 rather than the original 07:50 version as no alternative master source is available.

The 7″ versions of ‘Stand Up For Your Love Rights’ and ‘Bad House Music’ were sourced from the CD single and tallied with the supplied timings from the rights owner (as is standard). This also applies to the 12″ version of ‘Fine Time’. There was a ruling in the past that CD singles had a maximum timing of 20 minutes – this could explain why an edited version of ‘Bad House Music’ was used. It was the fourth track on ‘The Only Way Is Up’ CD single and had to be edited to be beneath the 20 minute threshold.

‘Turn It Up’ was cloned from the original commercial CD release and involved no clipping of the track.

It is always hugely regrettable when an issue is reported. Our releases mean a great deal to those people working on them. However we are always very keen to put matters right to ensure the best possible product is created. Increasingly the condition and availability of masters is a restricting factor in the production of our CD’s. It’s not an excuse but has a bearing on finding alternative and suitable mastering sources.

Anybody who would like a replacement disc should please email us at infonet@cherryred.co.uk with their name and address and we will send out the replacement disc as soon as it is back from manufacture in early 2017.

We thank you for your patience, understanding and support.
The Cherry Pop Team”

After less than positive feedback from some fans, London Records have acknowledged that problems…