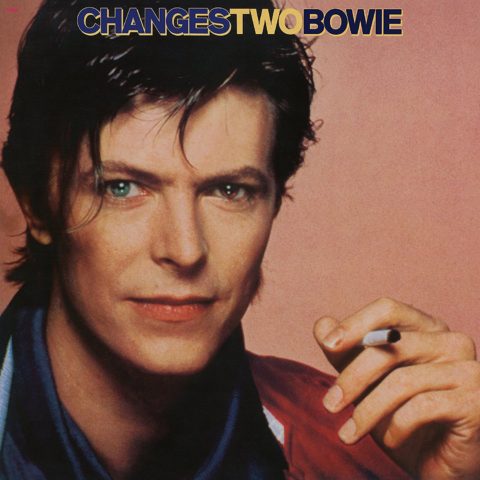 David Bowie‘s 1981 compilation CHANGESTWOBOWIE will be reissued on CD and vinyl in April, along with a limited silver vinyl pressing of Aladdin Sane, the latter celebrating its 45th anniversary.

CHANGESTWOBOWIE was issued in 1981 as the follow-up to CHANGESONEBOWIE (from 1976) although it’s a rather weird compilation if truth be told because RCA didn’t have the courage to simply ‘carry on’ post ’76 and felt the need to dip back into the early days. Hence it includes the title track of Aladdin Sane, Oh! You Pretty Things from Hunky Dory, Starman from the Ziggy Stardust album and 1984 from Diamond Dogs.

As a reminder how long it took for “Heroes” to be regarded as classic Bowie, the title track isn’t considered worthy of inclusion and in fact there’s nothing from the 1977 album at all, although D.J. from Lodger is featured, along with Wild Is The Wind from Station to Station. David’s two big hits from Scary Monsters are present and correct and John, I’m Only Dancing Again is a nod to the Young Americans period and links the two compilations since the original track is on CHANGESONEBOWIE. The remasterings are all the latest versions, but that does vary, and details are in the track listing below.

CHANGESTWOBOWIE was only ever released on CD by RCA in the mid-eighties for a fairly short period and has since never been part of any of the reissue programs (including the Rykodisc one from the early nineties), so this release is welcome.

On CD it will come in a ‘digipak’ sleeve, but when it comes to the vinyl Parlophone don’t seem to have heard fan feedback from the 2016 release of the first compilation, which was available ‘randomly’ as black or clear vinyl. That was not a popular concept but it is now repeated for CHANGESTWOBOWIE which is “available randomly on its initial limited manufacturing run in black and blue vinyl before reverting solely to black vinyl”. Anyone fancy buying a car that will be delivered in a random colour? Thought not.

CHANGESTWOBOWIE will be issued on 13 April 2018. Expect that Amazon UK CD price to drop significantly. A week later Aladdin Sane will be release on limited edition silver vinyl, although that will only be available through ‘bricks and mortar’ record shops (although in reality, the gold Hunky Dory did appear online).