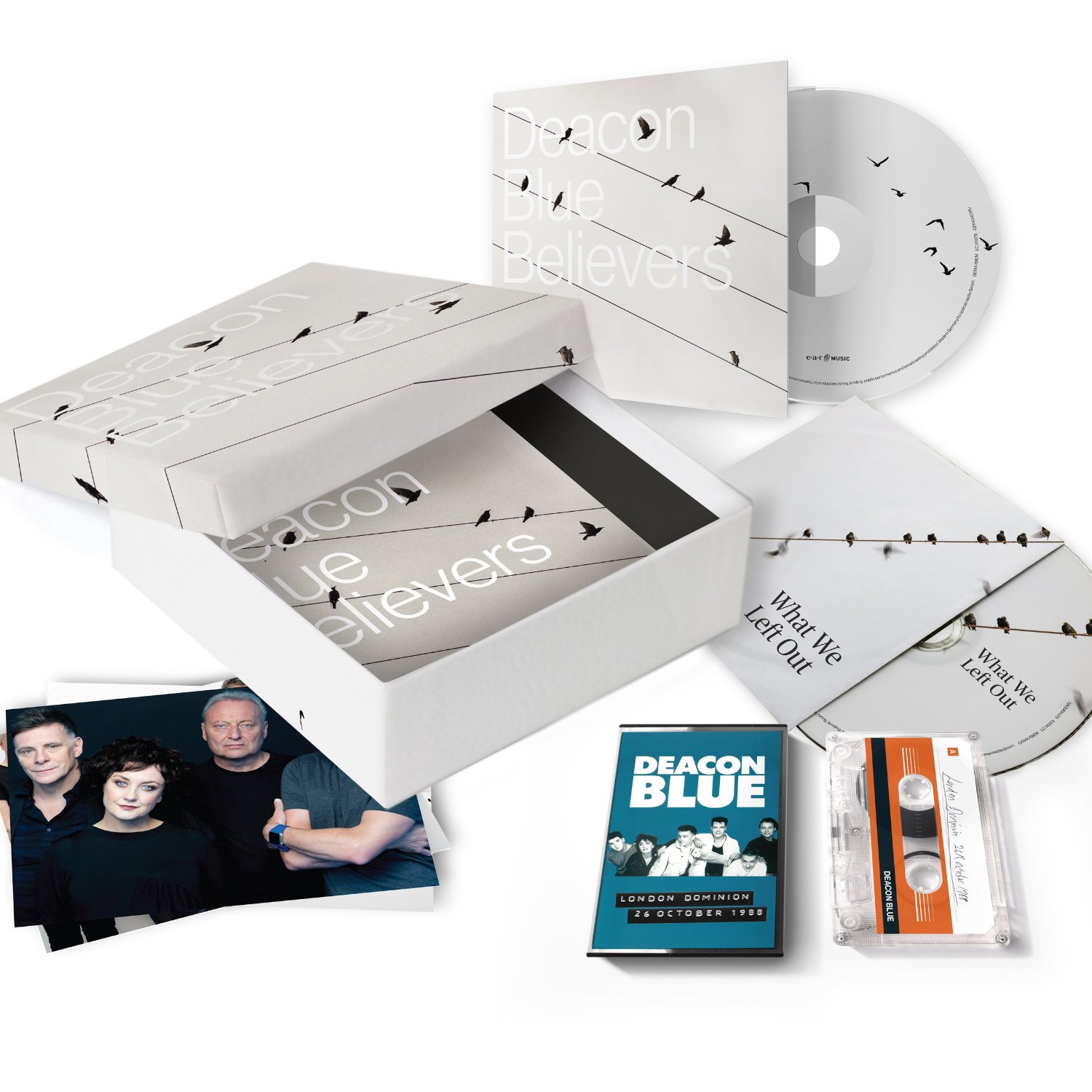 Deacon Blue return with a new album, Believers, at the end of September and in addition to the usual physical formats, it will be available as a rather appealing deluxe box set.

The album is being marketed as the third part of a trilogy which began with The Hipsters in 2012 and continued with A New House in 2014. The new single will be the first track on the album, the political The Believers, which Ricky Ross describes the song as “our statement that belief in the possibilities of hope and a better tomorrow is the side we choose to come down on.”

The record was produced and mixed by producer Paul Savage and will be available on vinyl and CD, but it’s the deluxe box set that is the pick of the formats. It includes a bonus CD dubbed “What We Left Out” which features a generous 27-tracks of demos and outtakes from the Believers recording sessions including four unreleased tracks: Sunshine State (recorded during the Believers sessions), Dusk (demo), Easter Sunday (demo), Snow Still On Cars (demo).

In addition, the box includes a cassette tape of an exclusive, previously unreleased (and newly mastered) recording of Deacon Blue Live At The Dominion Theatre, London, 26th October 1988. The cassette artwork has been recreated from Ricky Ross’s original master tape. Not got a tape deck? Have no fear, because you get the entire contents on the cassette as a download, and they’ve even thrown in a bonus track for downloaders, You Don’t Understand (recorded in 1989).

Being a music box set they can’t resist the dubious and unecessary “postcard bundle”, although the print of the Believers cover art might be quite nice.

All in all, a pretty well thought out, and decently priced package, with something from the classic era, a very generous bonus CD of demos and the artifact that is the cassette tape. Oh, and let’s not forget the new album!