Donna Summer’s 1979 album Bad Girls is being reissued as a double vinyl edition with an extra track.

The album, produced by her longtime collaborators Giorgio Moroder and Pete Bellotte, contains the singles ‘Bad Girls’, ‘Hot Stuff’, ‘Dim All The Lights’ and ‘Sunset People’, as well as ‘Our Love’ which was something of an inspiration on New Order’s ‘Blue Monday’ toe-tap. It spent six weeks atop the Billboard 200 list on release, and was her biggest selling album shifting four million copies.

Although there is no news of whether it’s been re-remastered or not, this reissue is produced by Jordi Soley for Elemental Music (under license from Universal Spain) and also contains a bonus track of a demo version of ‘Bad Girls’ which originally featured on a deluxe edition released in 2003. There appear to be no plans at the moment for Universal to reissue or put out anything else at the moment. 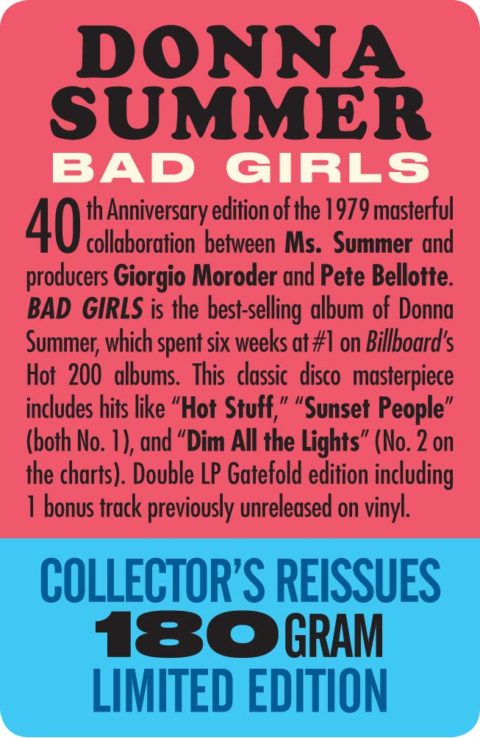 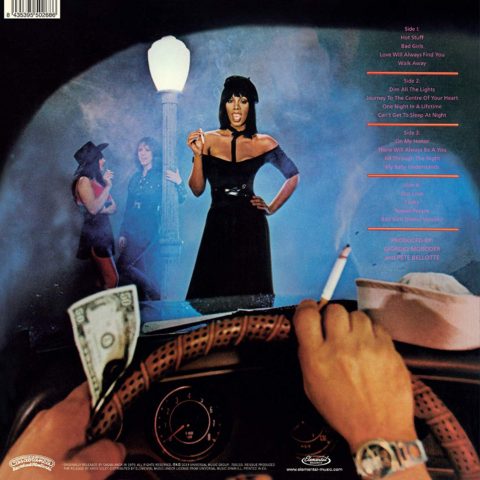