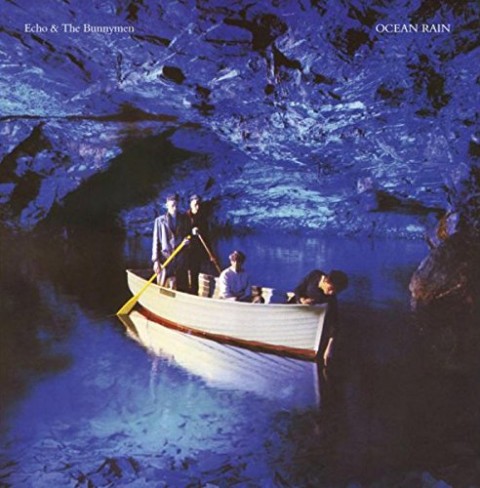 This set harks back to May 1984 when the Bunnymen’s fourth studio album was originally issued to distinctly mixed reviews. At the time, the use of a 35-piece orchestra in Paris recording sessions was criticised for softening the band’s edge compared to their previous output. ‘Too often a monochromatic dirge of banal existential imagery cloaked around the mere skeleton of a musical idea’ was Rolling Stone magazine’s damning verdict.

However, songs such as The Killing Moon, Silver and Seven Seas have aged well, the lush string arrangements are now far better appreciated and the album is widely regarded as the band’s finest work.

This set is a limited edition of just 500 copies and includes two 180g vinyl records within the hardcover book packaging – the first with the original nine-track album, while the second has eight bonus tracks, amongst them Angels & Devils, the B-side to single Silver, and five tracks from the Life at Brian’s – Lean and Hungry sessions, including a cover of Lennon-McCartney’s All You Need Is Love, which were recorded for Channel 4 programme Play At Home.

As with previously packaged Bunnymen sets, Guitarist Will Sergeant provides new sleeve notes from his memoirs and personal archive photos in the 12-page hardback book. The book cover of course displays the original album cover artwork, featuring a photograph with a suitably elemental feel taken of the band rowing a boat inside Carnglaze Caverns in Liskeard, Cornwall. As you do.