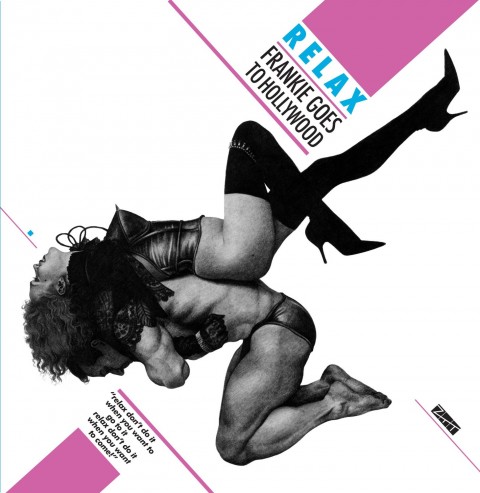 The ZTT 30th Anniversary releases will include a special twelve-inch of Frankie Goes To Hollywood‘s classic Relax featuring a mix new to vinyl.

This limited pressing of what is one of the biggest-selling twelve-inch singles of all time, has a new spined sleeve, in a new colour scheme and an inner sleeve featuring photography by John Stoddart. It will feature “Relax (Sex Mix Edition 3)” on the A-side.

The original twelve-inch was labelled ‘Sex Mix’ but you could end up with one of two mixes; the 16-minute version or a shorter 8-minute cut. There wasn’t any easy way to tell which version was which. The obfuscation continues, since it’s not clear what version of the track ‘Edition 3’ is, but since it’s not tagged as ‘previously unreleased’ it has clearly been on CD at some point (but labelled differently!). The B-side of this new vinyl features Ferry Cross The Mersey and Relax – the instrumental.

This Relax (Sex Mix) twelve-inch is exclusive to Amazon in the UK and is released by Salvo/ZTT on 10 February 2014.