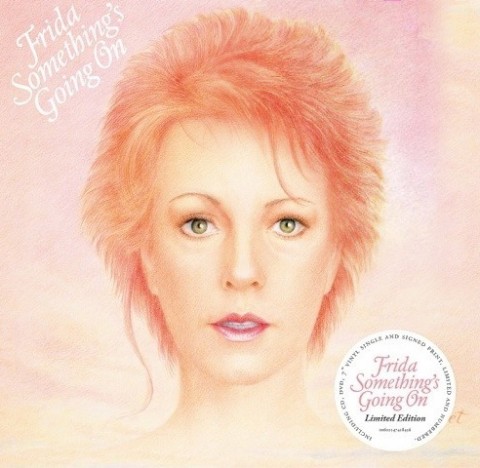 The 1982 long-player was issued less than a year after ABBA’s final studio offering The Visitors, and was produced by Phil Collins (who duets with Frida on album closer Here We’ll Stay).

Something’s Going On was well received and a sizeable hit across Europe, in particular. This new deluxe set includes the remastered album with two bonus tracks, a DVD featuring a ‘making of’ documentary, promo videos and interviews along with a seven-inch single featuring I Know There’s Something Going On/You Know What I Mean.

It will also include a booklet with notes written by Frida and a hand-signed art card. This deluxe set is apparently limited to just 2000 copies. The ABBA Museum did have some but appear to be sold out, as do Amazon UK, although you can still order via Amazon Italy.

The Something’s Going On deluxe box will be released on 23 October 2015.