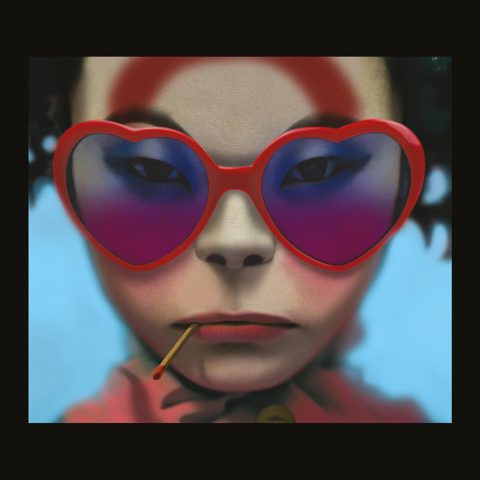 Damon Albarn and Jamie Hewlett return as Gorillaz next month, with a new album Humanz.

The 20-track release is available across a number of formats including a two-CD deluxe edition (which adds six bonus tracks) and a 2LP deluxe vinyl set which is pressed on double heavyweight black vinyl housed in a cloth-bound foil-blocked 54-page hardcover book of Gorillaz art by Jamie Hewlett (it comes with a download card).

If £50 on the vinyl deluxe isn’t enough of an investment, then there’s a 14LP super deluxe edition vinyl box. Each record is a different colour vinyl and comes in individually art-worked sleeves. Each 12-inch vinyl features an album track on one side and an “exclusive alternate version” on the B-side. You get what sounds like the same book as in the deluxe vinyl set but the contents reside in a 12-inch bespoke vinyl case. This box won’t ship until late summer and is “super limited” (no actual numbers given!). It probably doesn’t matter because you have to spend £275 to buy one.

Humanz is their first album since The Fall, which was released physically in early 2011. Gorillaz are playing a secret show in London tonight and play Dreamland in Margate in June as part of their Demon Dayz festival.

The album is released on 28 April 2017 (except for the super deluxe, as noted above).