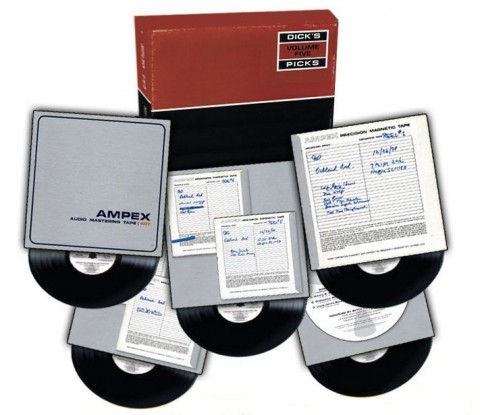 This week sees the vinyl release of Dick’s Picks Volume 5, the fifth live album in the Dick’s Picks series of releases by the Grateful Dead.

This set features a full concert, recorded on 26 December 1979 at the Oakland Auditorium Arena in Oakland, California. It was originally issued on CD back in 1996.

This new box contains five 180g LPs and has been remastered for vinyl from the original tapes. As can be seen from the image above, the record sleeves feature images and notes from those very tapes. 1500 of these numbered box sets have been produced. 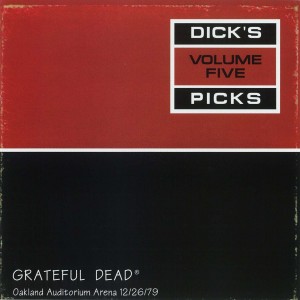