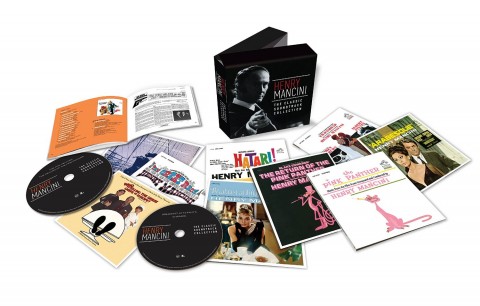 18 of composer Henry Mancini‘s most celebrated film soundtracks will be included in a new box set to be released in November.

The Classic Soundtrack Collection is a nine CD set (i.e. two titles per disc) and showcases all of Mancini’s soundtrack albums for the RCA, Epic and Columbia labels, including several of his most iconic scores including Breakfast at Tiffany’s, The Pink Panther, and The Party.

We are promised ‘rare bonus tracks’ – amongst them a never-before-heard version of Nothing To Lose (from The Party) sung by Julie Andrews. The CDs are packaged in card sleeves and a booklet will also be included within the clamshell box.

The Classic Soundtrack Collection is released on 17 November 2014. 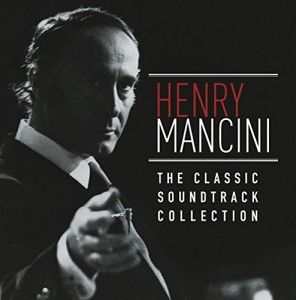 Albums in the collection: