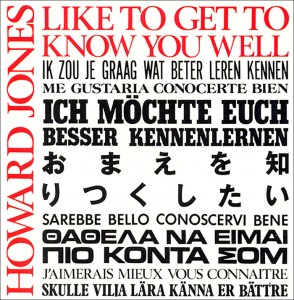 Howard Jones is offering his fans a free live MP3 download of his 1984 hit Like To Get To Know You Well to coincide with his UK tour that kicks off at the O2 Academy Bristol on 11 April.

The track was recorded on 6 November 2010 at the London indigO2, and appears on the free limited edition double CD which will be given to all VIP ticket holders at the London Shepherds Bush Empire Show on 21 April.

April should also see the reissue of the albums One To One, Cross That Line and In The Running in a limited edition box set with a bonus disc of remixes. The 12″ Album and Action Replay were released last year.

Human’s Lib and Dream Into Action